Pahile Na Me Tula: Manasi Could Be Making A Mistake By Trusting Satyajit! Read To Find Out Why

Take a closer look at Satyajit and Megha and why Manasi might be wrong about him in Pahile Na Me Tula!

In Pahile Na Me Tula, we have a lot of things happening like Samar trying to gift Manasi something, Manasi and Manohar’s impending wedding and Manasi preparing to tell her parents the truth about her marriage. Now, a new problem has cropped up in the form of Satyajit! Yes, we are finally meeting Satyajit, Megha’s estranged husband who has been mentioned very frequently in many previous episodes. We see Satyajit for the first time at the Lankari Finance office where Manasi works as he is a defaulter and has come to pay back his due amount.

Watch the latest episode of Pahile Na Me Tula here:

From what we know till now, Megha fell in love with him and was stubborn about marrying him even though her father Rajan did not like Satyajit and thought he wasn’t a good man. She ran away and married him against her father’s wishes but soon came back after problems in the marriage. Megha has mentioned how Satyajit changed from the man she loved into someone to whom she was tired of giving chances.

Also read: Maharashtra Day 2021: From Fatteshikast To Dhurala, 5 Movies That Will Reawaken Your Marathi Pride!

We don’t know what exactly went down between the two yet, but we know that Megha was very disappointed as he only gave her empty promises and was not capable of much. He also tried to do a couple of businesses but all of them failed and he drowned the two in debt and misery.

Also read: Pahile Na Me Tula: A Closer Look At Manasi Desai And Why She’s Not Your Typical Heroine!

Satyajit has tried to contact Megha several times previously on the show. He has also spoken to Manasi who helped him out by giving him a loan from her company. Megha has mentioned how Satyajit always just wanted help from Megha in money matters at one point and nothing else. She has spoken about how hopeless he had become and how selfish he had gotten. In the latest episode, we see how Manasi helps Satyajit get off the defaulter list and he informs her that he is now capable of paying the due amount by himself. Manasi also takes him home so that he can meet the family and Megha as well. 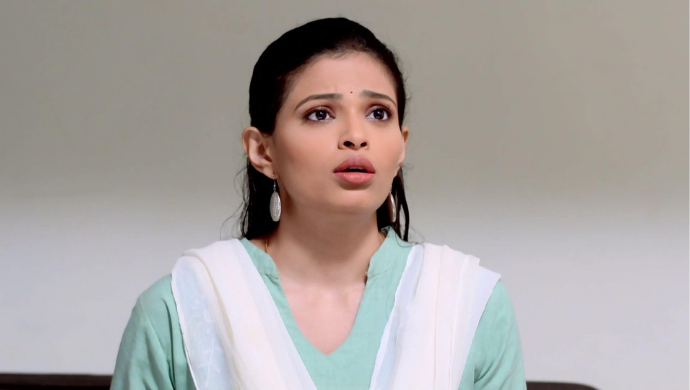 Also read: Pahile Na Me Tula: Samar Makes A Drunk Promise Of A Gift To Manasi; Any Guesses What Could It Be?

When Megha sees him she is extremely surprised and we think that in the next episode we will definitely discover the reason behind why she left. We know how much Megha does not want to talk to Satyajit. Instead of just bringing Satyajit to her house, she should have thought it through and talked to Megha about this. We know Megha to be a very caring and smart girl. If she thinks that Satyajit cannot be trusted, it could really be true and Manasi might come to regret her decision of bringing Satyajit along.