For those of you who are still deciding whether or not to watch Pahile Na Me Tula, we have got 5 reasons to help you decide!

A new show on Zee Marathi titled Pahile Na Me Tula is all set to go on air soon. Promos seem very promising and we’re waiting for the daily soap to begin. The show comprises of a power-packed cast and explores quite an interesting storyline, leaving the audience quite excited. For those of you who are still deciding whether or not to watch this show, we have got 5 reasons to help you decide!

Watch the promo of Pahile Na Me Tula right here:

Here are 5 reasons that will definitely persuade your mind to catch the show:

Marathi TV heartthrob Shashank Ketkar will be seen essaying the role of Samarpratap in the show. Generally seen in positive roles, Shashank is sure to leave us surprised and impressed with his negative role in Pahile Na Me Tula. He has returned to Zee Marathi after 4 years and we know, you are as excited as us to see him on the show.

Going by the trailers, the plotline seems to revolve around a love triangle between three characters. It has been a while since we witnessed a show entirely based on a love triangle. The storyline seems to be quite riveting and fascinating to watch, don’t you agree? 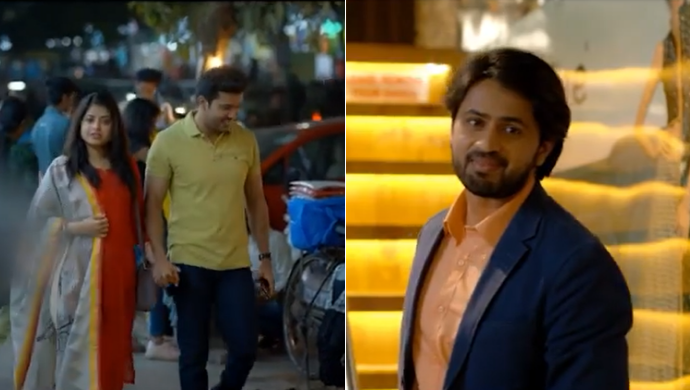 Trailers have revealed that Samarpratap is obsessed with his employee Manasi, played by Tanvi Mundle. Despite being her boss, he often intrudes into her personal life, much to her discomfort. This show will provide an insight into how professional and personal lives can mix up and will be an interesting watch.

4. Aashay Kulkarni in a positive role

Aashay Kulkarni’s infamous character Dr. Suyash in Majha Hoshil Na will never be forgotten. After impressing us with his negative role, Aashay has shifted gears and will be playing a positive role in Pahile Na Me Tula. We’re looking forward to seeing him ace the role of Aniket. Are you too?

Tanvi Mundle is going to mark her television debut with Pahile Na Me Tula. It is always quite nice to see a fresh face on screen and we’re sure that she’ll leave an ever-lasting impression. It is evident from the promos that she is quite promising and we cannot wait to see her in the show.

Pahile Na Me Tula is all set to air from March 1, 2021, at 7 pm from Monday to Saturday only on Zee Marathi.