Neethane Enthan Ponvasantham: Surya Is Certainly Blessed With The Best Employees Who Make Him Stand Out

Surya has more factors than his hard work behind his success and his employees are one of the secrets. Read more!

Surya from Neethane Enthan Ponvasantham has created a business empire with the Prakash Group of Industries and while his hard work is one of the reasons he has come so far, we cannot discount the efforts of his employees who have dedicated themselves to the growth of the company. Here is why we think that he has the best employees.

Also Read: Neethane Enthan Ponvasantham: From caring about his employees’ health to cheering them up, here’s what all makes Surya the best boss

Anu is a prime example of the luck that Surya has hit, with his employees. She is not only hard-working but is also insightful. The proof of her being a great employee lies in the fact that ever since she got into the game, Devanandini Sarees has seen an influx in its sales. She also works hard as if it were her company and deserves a large part of the credit. Anu is certainly an ideal employee and is also very rare to find.

Pankaj is the reason that Surya is alive and unharmed. No matter how Surendar attacks Surya, Pankaj always detects the threat and is there to save the show. In a lot of ways, Surya owes his life to Pankaj’s loyalty and dedication. He also listens to Surya like a friend but puts his duty above everything. We have never seen Pankaj slack off, even if Surya was in the safest place ever.

Also Read: Neethane Enthan Ponvasantham: Here’s A Cute Video Of Surendran And His Daughter That’ll Will Melt Your Heart

Meera has her own flaws but one thing that cannot be overlooked is the fact that she is a hard-working and perseverant employee; which is why she is a part of the board at such a young age. She also does whatever she is asked to do. For example, she didn’t mind organising Mansi and Chandra’s anniversary party too. 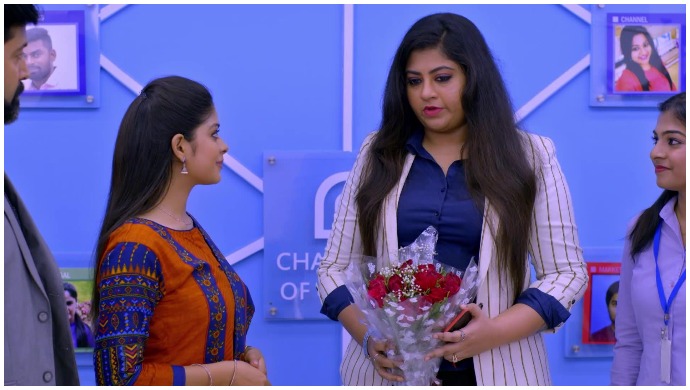