Nail Polish Review: This Arjun Rampal Starrer Is A Jaw-Dropping Thriller And A Brilliant Start To The New Year

Arjun Rampal’s Nail Polish is a masterpiece in its genre that you can’t miss out on! Read more to know how this movie raises the bar for all legal dramas.

Nail Polish, a courtroom thriller, directed by Bugs Bhargava Krishna, released on ZEE5, and the movie is likely to leave you absolutely speechless. Movies as dark and mind-bending as this one are still rare for the Hindi film industry. Nail Polish on ZEE5 managed to fill that void well. Based on a true incident, the film is about the mysterious and gore deaths of 38 migrant children. The film opens with a shot of Manav Kaul lying injured on the floor of the jail, and then in a hospital. While a doctor narrates his condition to Arjun Rampal, we see a shot of Manav acting like a mentally ill patient, and from here on begins the dark tale.

After seeing an amazing shot of Manav Kaul’s acting, we see the film’s title. It shows an emotional montage of the headlines about the children’s deaths. The music during this montage adds to the emotions. The film then takes us 9 months back, where Manav Kaul (Veer Singh in the film), is a sports teacher in Lucknow. He is much loved by his students and is a friend of the DCP (Sameer Dharmadhikari). Just then, we see a very gore scene that is sure to disturb you. Two boys find something burning in an open ground, and it is revealed to be the bodies of 2 children. Here, we see one of the most beautiful pieces of editing. The scene stays the same, and gradually, the place transitions into a crime scene. 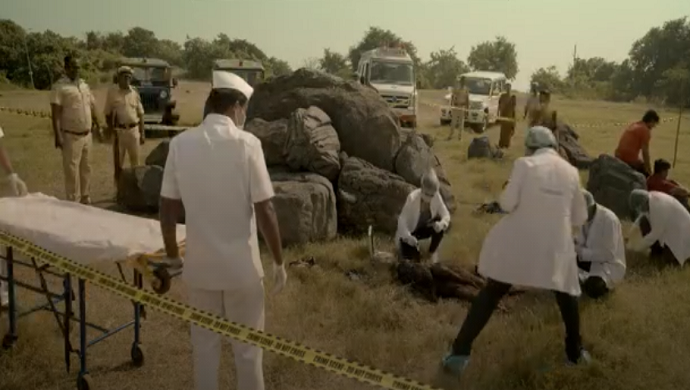 After a short scene, the same DCP arrests Veer Singh, charging him with the murder of those children. The scene escalates, as it is revealed that he is a public figure and very influential. The people of Lucknow are very upset over his arrest and the lawyers are appointed to fight the case. We are introduced to the prosecution lawyer, Amit Kumar (Anand Tiwari), who is a righteous lawyer, and thus, not so wealthy. On the other hand, the defense lawyer is Sid Jaisingh (Arjun Rampal), who accepts the case for a Rajya Sabha nomination. He is also shown as rich, spoilt, and not-so-righteous. Anand Tiwari and Arjun Rampal breathe life into their roles right from the introduction.

The judge assigned for the case is portrayed by Rajit Kapoor. We also see a glimpse of his personal life, where he is taking care of his wife (Madhoo) who deals with alcoholism. The case begins and the court proceedings are shown in a much realistic way than seen before. Amit Kumar, the lesser influential lawyer, is shown to be intimidated by Jaisingh on the first day. As the case proceeds, it takes a much darker turn. The plot here is sure to disturb you, as a case of pedophilia also opens up. 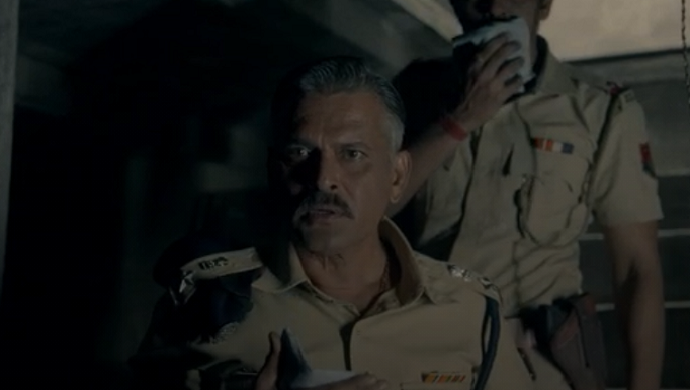 All the while, each and every actor has done a superb job in acting. There is a time when Amit seems to be losing the case and control over his life, and Anand very effortlessly shows the stress of the character. Arjun’s acting as the privileged and manipulative lawyer is also great. But the show-stealer is undoubtedly Manav Kaul. Even when he is not speaking, his expressions speak a lot. A sign of a masterful actor! 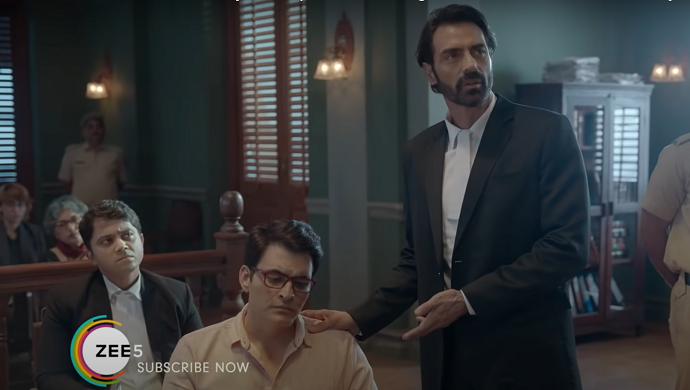 Veer Singh’s character is also instrumental in portraying a lot of prison politics and dark truth.Manav Kaul’s acting as his second identity is convincing, scary, and mind-blowing. Without any exaggeration, we can call it one of the best performances in the history of cinema, undoubtedly. He shows even the most minute expression and body language with perfection.

After the confusion around the identity occurs, the case comes to a halt and while deciding how to proceed, Jaisingh proposes to demand a mistrial. To solve the issue they decide to look further into Veer’s second identity, and a huge mystery unravels there. While the movie keeps on taking dark and disturbing turns, the plot gives us a beautiful song, Gustakh Mausam. The melody is so nicely composed, it makes us feel warm even in such a dark atmosphere.

Also read: Nail Polish: Why This Gritty Thriller Will Make For A Perfect Watch On The First Day Of The New Year

Towards the climax, the edge of the seat still hasn’t been left. The movie has constantly kept us in shock and gaping. The unfolding of the title’s mystery is also very interesting. And the climax will make your jaw hurt from dropping so below. 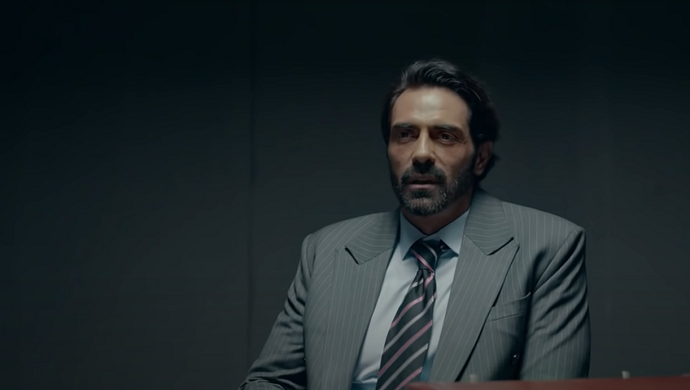 Bugs Bhargava Krishna has given us a movie with genius writing and even genius direction. The direction is extremely good! From the littlest of scenes to the biggest unfoldings, the direction of the film does not lose its pace. And the next best thing about the film is the cinematography. It has been shot amazingly. The camera pans, angles, long shots, revolving shots, everything shot masterfully.

Arjun Rampal’s performance as the cold, manipulative, and brooding lawyer, with a nice baritone, is superb. Anand Tiwari also gives a great performance, capturing his character’s frustration and seriousness perfectly. Rajit Kapoor, as the judge is also very convincing and makes us believe that he could be a real-life judge. Madhoo, who plays his wife, also gave a great performance as someone who is trying to heal from alcoholism. 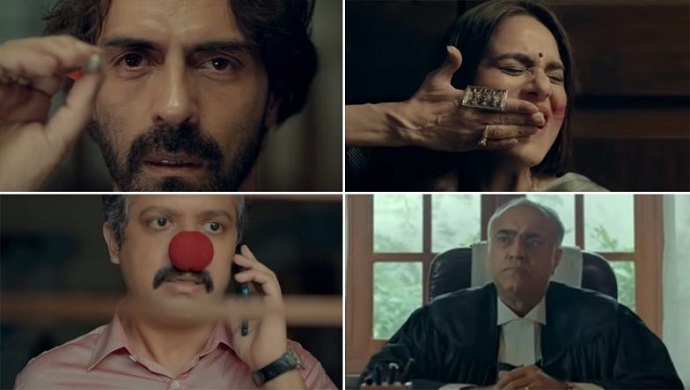 This movie is definitely worth watching. It deserves many accolades and awards for the performances, direction, writing, photography, editing, sound, etc. Do yourself a favour and watch this masterpiece!

For more stories about the latest shows and films, stay connected to ZEE5.