Nail Polish: How This Courtroom Drama Is All Set to Raise The ‘Bar’ On The First Day Of The Year 2021

Arjun Rampal’s upcoming ZEE5 original Nail Polish has got all of us intrigued, for the right reasons!

The Hindi film industry has given us some of the best courtroom dramas, all about different cases. We have masterpieces in that genre, like Ek Ruka Hua Faisla, Aitraaz, Mulk, and Court Martial. However, the bar for courtroom movies is all set to rise with this new movie, releasing on 1st January on ZEE5 – Nail Polish.

As its trailer says, Nail Polish is inspired by true incidents. It is based on a horrifying case of multiple killings of migrant children. Veer Singh, an ex-security officer, who is played by Manav Kaul, emerges as the prime accused. It is now up to Lawyer Jaisingh, played by Arjun Rampal, to defend him and prove him innocent. Anand Tiwari plays the role of the lawyer whose aim is to prove Veer Singh as the convict.

We believe this movie is about to set a new record in courtroom thrillers, as the mystery in its plot gets really twisty and dark. We get a hint of this from the trailer of Nail Polish, when Arjun Rampal says to the judge (Rajith Kapoor), that he is about to file a mistrial. A mistrial, in court cases, means that the case would be declared invalid because of an error in the proceedings. Now, this is something new to watch!

Lawyer Jaisingh also says in the trailer that it is not Veer Singh, but a man who looks like him, who is responsible for the killings. With this, the plot of the movie can only get twistier and more interesting. One of the most talented actors of Bollywood, Rajith Kapoor, is playing the role of the judge. With such a great cast, Nail Polish only gets us more eager for its release. 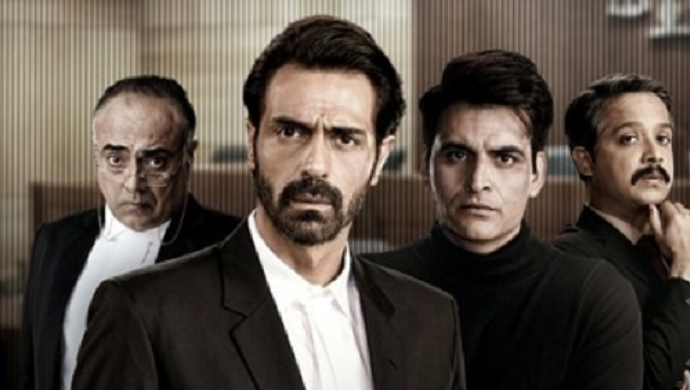 With such a great cast, a new concept of ‘mistrial’, inspiration from true events and such a mysterious plot, this movie can only raise the level of courtroom thrillers for us!