LOVE – it strikes all of us, isn’t it? in all its forms. When love happens it doesn’t differentiate between caste, age, creed, race, religious background, or anything of that sort but, it changes us and helps us grow as human beings.

Even in Bollywood, there have been examples of celebrities wherein actresses have fallen in love and married men younger than them. A couple of hours ago, it was reported that Taarak Mehta Ka Ooltah Chashmah’s Raj Anadkat aka Tapu is dating the beauty queen of the television world, Munmun Dutta who plays the role of Babita in the show. As Etimes reported stated that the two are dating each other and are head over heels in love. The report stated that their families don’t have an issue with their relationship either. 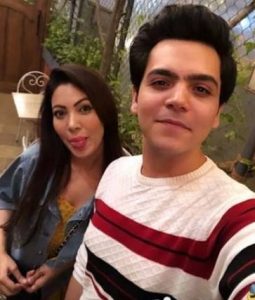 Gauahar Khan and Zaid Darbar fell in love with each other in a month. Gauahar Khan is 38-year-old while Zaid is 25-years old. The duo is highly adored on social media and is loved by millions of fans. They have an age difference of 12 years.

Debina Bonnerjee and Gurmeet Choudhary met on the sets of Ramayan. They played the roles of Ram and Sita in the series and fell in love. The duo is extremely adorable and they often post pictures of themselves together on their social media handles.

Ankita Bhargava and Karan Patel are a highly adored couple on Instagram. The duo also has an adorable daughter too. Ankita is two years older than Karan. They both met through their parents and have been happily married for many years now.

Canadian actress Teejay Sidhu is two years older than her husband Karanvir Bohra. The duo is highly adored on Instagram and their pictures go viral in no time. They have been married for about 15 years and have three daughters.

Kishwer Merchant and Suyyash Rai met each other on the sets of Pyaar Kii Yeh Ek Kahaani. The two fell in love with each other and dated for a couple of years before getting married in 2016.  They had a baby boy in August 2021.

Love hits us all beyond everything and it conquers all. It is pure in all its form and these couples have been our favourite and will always be.