All you need to know about London Confidential actor Mouni Roy.

Mouni Roy is a multitalented Indian actress, a trained Kathak dancer and a former model. She is popularly known for her work in television shows like Mahadev and Naagin and her debut in Gold with Akshay Kumar. Having recently featured in London Confidential on ZEE5, Roy has exciting film trajectories to look forward to.

Born to a Bengali family in Cooch Behar, West Bengal on 28 September 1985, Mouni Roy takes pride in her cultural heritage. Hailing from a family of theatre artists, it is not surprising to see her learn the ropes of acting. While her grandfather, Shekhar Chandra Roy, was a well-known Jatra theatre artist and her mother Mukti was a theatre artist, her father Anil Roy was an office superintendent of the Cooch Behar Zilla Parishad.

She completed her schooling from Kendriya Vidyalaya School in Baburhat, Cooch Behar and then went to Delhi. She studied mass communication at Jamia Millia Islamia at her parents’ insistence, but her heart yearned for Bollywood. She left her course midway and went to Mumbai to pursue her dreams.

A SAREE GIRL FOREVER… Indian Handlooms have been world renowned for its uniqueness and intrinsic designs. Our weavers work hard to preserve age-old techniques indigenous to our culture & heritage. On National Handloom Day I.e. 7th August ( Today) let us not only appreciate skills of our weavers and artisans but also support the clarion call of Honourable Prime Minister Narendra Modi of going ‘Vocal For Local’ #Vocal4Handmade @narendramodi, @smritiiraniofficial, @ministryoftextilesgoi

Roy had her own share of struggles as an actress. She appeared as a background dancer in the song Nahi Hona in 2004 film Run. Roy started her career in 2006 with the Ekta Kapoor drama Kyunki Saas Bhi Kabhi Bahu Thi, playing the role of Krishna Tulsi.

Considering the dancing diva that she is, Mouni has participated in various dance reality shows. In 2008, she participated and won the first season of Zara Nachke Dikha. In 2007, Roy appeared as Shivani in the series Kasturi. In 2008, she starred in Pati, Patni Aur Woh along with Gaurav Chopra. In 2010, she played Roop in Do Saheliyaan.

In 2011, Roy featured in the Punjabi movie Hero Hitler in Love. Her breakthrough moment was the Life OK’s mythological series Devon Ke Dev…Mahadev where she played the role of Sati. The show spanned from 2011 to 2014. Within that time frame, she also got the opportunity to play the lead as Meera opposite Aditya Redij in Life OK’s Junoon – Aisi Nafrat Toh Kaisa Ishq in 2013.

In 2014, Mouni participated in the seventh season of the famous dance reality show Jhalak Dikhhla Jaa on Colors. She was paired opposite choreographer Punit J Pathak.

Even though I should mention ♾ things that wouldn’t have happened if she @ektarkapoor wasn’t born, am just gonna note down a few here on this happy occasion of her happy happy birthday💓🥳 ~ 1. (Starting with the obvious) there wouldn’t be a “Balaji Telefilms” and many of us would be jobless 😏 2. The saas es and the bahu s wouldn’t be the stars of the indian household☺️ 3. The most famous indian ‘soap’ would be lifeboy😬 4. The torrid reel to real life on set love stories wouldn’t have transpired🥰 5. “Shapeshifting snakes” wouldn’t be as cool ♥️😎 6. The gram wouldn’t have stolen the idea of boomerangs 😜(you practicality invented it ) 7. Saari bindi and jhumkis would be a lot less sexy.🤷🏻‍♀️ 8. We wouldn’t have known the concept of a rock solid leader, guide and a friend 🌹 Jokes & fun aside, you are lovelier and more special than all the prose & poetry compiled together and I pray you smile bright today & erry’day … happyyyyy birthday my dearest ekta maam🌷 I LOVEE YOU very much..

In 2015, Roy was roped in for Ekta Kapoor’s supernatural series Naagin. She portrayed the role of Shivanya opposite Arjun Bijlani and Adaa Khan. It was this series that brought her fame and made her a household name in the Indian Television series. She became one of the players of Bijlani’s team Mumbai Tigers in Box Cricket League in 2016-17. Dance as a passion gave her the platform to host So You Think You Can Dance along with Rithvik Dhanjani on &TV in 2016. She played a double role in Season 2 of Naagin, with Karanvir Bohra. In 2016, Roy voiced the role of Sita in the animated film Mahayodha Rama. In the same year, she featured in the song “Nachna Aunda Ni” in Tum Bin 2.

She s beauty, she s grace and her smile s all the things right in the world.. happy happy birthday my dearest @madhuridixitnene maam.. wish you everything that your beautiful heart desires & the best that life has to offer today and always..♥️ #timeless💕 #fangirlforlife

Mouni Roy made her breakthrough in the Bollywood film industry in 2018 with Gold, alongside Akshay Kumar. In the same year, she made a special appearance in K.G.F: Chapter 1 in the song “Gali Gali“, a recreation of a song from Tridev (1989). The song has got more than 300 million views on YouTube, becoming one of the most-watched songs of Bollywood.

In May 2019, she made a cameo appearance in the final few episodes of Naagin 3 as Mahanaagrani Shivangi.

Her first release in 2019 was Romeo Akbar Walter, which also starred John Abraham and Jackie Shroff. Her next film, Made in China, was with Rajkummar Rao.

Happy birthday Ayan! Even gibberish & things without meaning are beautiful with you!! May you continue being gods favouritest boy. Love you!🎂♥️x

Roy also has an upcoming major project in 2020, the star-studded Indian superhero trilogy Brahmāstra, directed by Ayan Mukherjee and produced by Karan Johar. 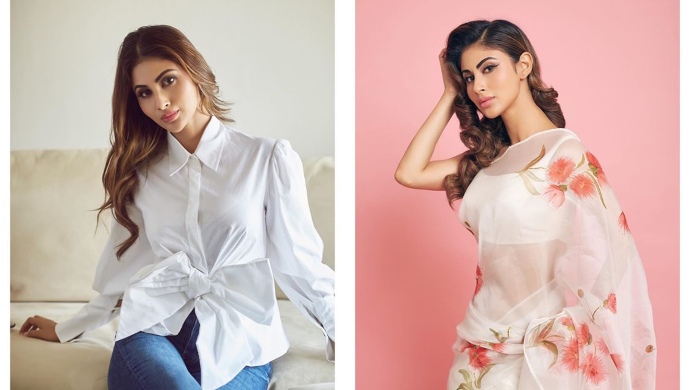 Adding the feather of singing to her hat, Mouni appeared in Holi Mein Rangeele with Varun Sharma and Sunny Singh, and Bheegi Bheegi Raaton Mein with Nakash Aziz, both in the year 2020.

Mouni has bagged many awards for the roles she has played on the small screen.

She was also nominated for: