Check out why Shubhra deserves to be given the best mother award in ZEE show Kyun Rishton Mein Katti Batti.

Kyun Rishton Mein Katti Batti is a ZEE show based on a unique concept where children play cupid for their parents as they are on the verge of getting separated. Shubhra and Kuldeep have two kids Rishi and Roli, however, Kuldeep falls in love with Samaira. Shubhra is devastated on discovering of Kuldeep’s affair, however her kids were her favourite escape. On the occasion of Mother’s Day 2021, here’s a look at 5 incidences when Shubhra proved that she was the best mother to Rishi and Roli.

When Shubhra got to know about Kuldeep’s affair, she confronted Kuldeep and things between them started getting worse. However, Shubhra never stopped caring about her kids. She didn’t leave and stayed back to take care of her kids. Even with Samaira in the house, she never stepped back from her duties as a mother.

Shubhra and Kuldeep’s relationship had several problems. When Shubhra knew about Samaira or when Kuldeep misbehaved with Shubhra, she was always the same with her children. She never expressed that she was suffering instead she showered love upon them and made sure their lives never get affected. 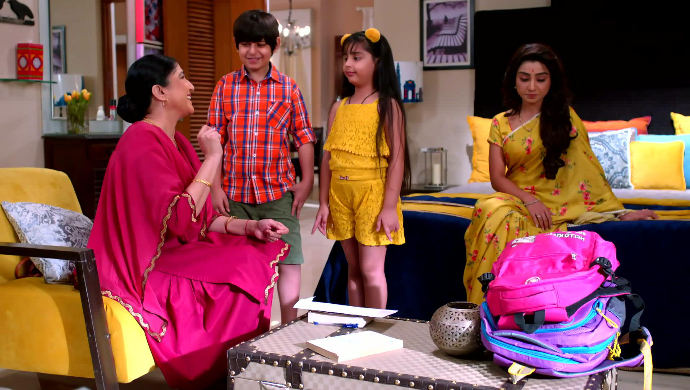 Though Samaira tried to impress Rishi and Roli, however they never liked her back. When Shubhra left the house, Samaira tried to impress Roli but all that Shubhra’s kids wanted was to be with their mother and not Samaira. Shubhra also didn’t let Samaira’s evil strategies come near to her children. She always protected them, be it when she wanted to take away Kuldeep or when she was impressing Chandrani.

Shubhra left Kuldeep’s house for Rishi. It happened when Kuldeep slapped Rishi in rage. Kuldeep realised his mistake and decided to apologise to Rishi however Shubhra intervened and told that she is leaving this house with her children. Chandrani gave keys to their Pune house to Shubhra and she left with Rishi while Roli stayed with Kuldeep.

Shubhra is handling both Rishi and Roli even after being separated

While being in Pune, Shubhra is handling both her kids beautifully. Be it making Rishi understand the situation and giving him love so that he does not feel alone or talking to Roli to make sure she is well, Shubhra has been doing it all. Even when Rishi was facing a hard situation after leaving home, Shubhra stood with him like a rock.