Kirpal Singh is one person that gives out goals to be the ideal lover. Read on to get some Monday Motivation from Tu Patang Main Dor’s Kirpal Singh.

The Zee Punjabi series Tu Patang Main Dor‘s has one of the best characters. He is the one who makes you believe in true love. If you find Amandeep (Rohit Handa) as a lovable guy, the reason behind this is his uncle Kirpal Singh (Sunny Gill Ambersariya). Amandeep is inspired by his uncle and today we will discuss what makes him so inspiring.

Watch the iconic moment between Ilma and Kirpal Singh here:

Kirpal and his last wish to see his love 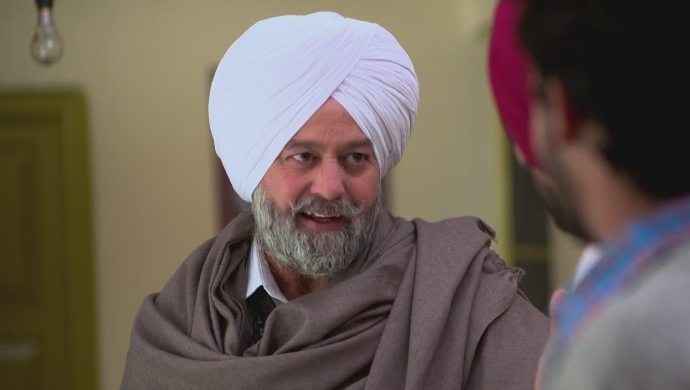 Kirpal Singh has a past that he doesn’t want to forget. In fact, he wants to go back to the time where he could have changed everything. Kirpal loves Ilma. But when Kirpal and Ilma were young, Kirpal couldn’t gather enough courage to stand with his love. Kirpal decides to let go of his love Ilma so that he could concentrate on his family. The partition of India-Pakistan makes it more difficult for them to be one. Thus, Kirpal lives in regret of not taking the stand of his love. After a point, Kirpal only lives for one reason, to see his love, Ilma for one last time.

When Ilma and Kirpal meets at the border, you feel that true love does exist. However, time and situations are bigger than life. In these years, Kirpal decides to stay single. But, Ilma has moved on in her life. She has a family now. When Amandeep meets Ilma, he tells her about Kirpal and his wait for her. Ilma gets happy to know about Kirpal. But, she tells him that it’s too late for them. She has moved on and she can’t go back. But still, Ilma meets Kirpal and she tells him that he should have shown some courage. Kirpal accepts the fact that Ilma has moved ahead. Letting your love go also requires guts.

This is what makes Kirpal Singh so special. His love for Ilma is unconditional, but his bravery to let her go is also inspiring. One needs a big heart to let go. So, that’s how Kirpal Singh’s love gives us enough motivation to believe in true love. What are your thoughts about Kirpal Singh? Share this story and let us know.