Meka Suri: 6 lesser-known facts about the Telugu thriller franchise that you weren’t aware of

Here are a few facts that you might have not known about the gruesome thriller series Meka Suri.

Meka Suri is a true story:

The ghastly visualisation of the movie made us feel like it was unlikely that the story was true. From Suri killing goats with his teeth to a few gruesome scenes, it seems unreal that the events actually took place in real life. However, according to director Trinadh Velisila, the story was narrated to him by his relatives.

Meka Suri was shot in Annasagar:

Meka Suri and Meka Suri 2 were shot in Annasagar, a village in the Sangareddy districts of Telangana. All the parts that were shown to be Singarayakonda were in reality a village called Annasagar. It is safe to say that the director was actually successful in truly recreating Singarayakonda in Annasagar. This step was taken for the feasibility and ease of making of the film.

Abhinay AKA Suri is a theatre actor:
Abhinay who portrayed the role of Meka Suri, the butcher, makes his debut on the digital platform with Meka Suri. Before this, he was a theatre actor and mostly performed only on stage. He later cracked the audition and was selected to play Meka Suri.
Sumaya AKA Rani also belonged to the theatres:
The reason that the movie seems to have such flawless performances even by their debutants is that both the debutants were actually theatre actors. Sumaya perfects the role of Rani and it doesn’t come as a surprise, given her experience with the theatre.
The true story took place in a village in the Prakasam district:
Although very little is known about the true story and the victims and culprits of the incidents, according to the director, the series of incidents took place in a small village in the Prakasam district.
Trinadh Velisala is a recipient of the Uday Kiran Cine Award:
Having worked as a ghostwriter for various movies in the Telugu film industry, Trinadh won the Uday Kiran Cine award for one of the short films that he made. The movie showed us the potential that the director carries and why we won the award. 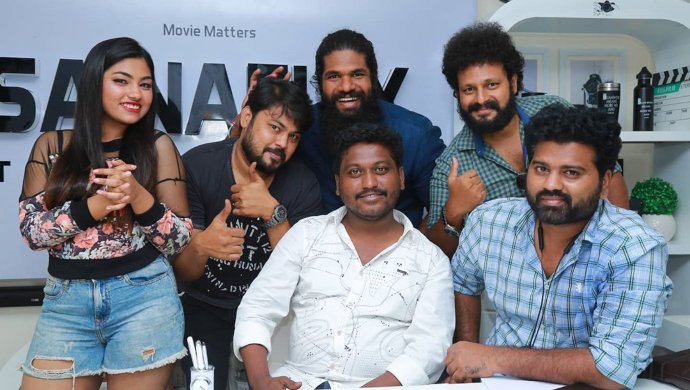 Watch shows like Kalyana Vaibhogam and many other shows only on ZEE5!