In the next episode of the Zee Marathi show Maza Hoshil Na, we will see how the Brahme household witnesses a new visitor who goes by the name of Chintamani. He asks Dada mama and Bhai mama to pay off his money and Dada mama tries to ask him to wait a few days but he does not budge. Bhai mama offers him food but Chintamani asks him to pay off the money. Aditya comes and pays him. He tells Chintamani that he should always ask for the money that he has earned by his hard work.

Further, we will see how Sai’s parents regret that their daughter is Sai. Shashikant says that he was dreaming about growing his business by asking for help from Patwardhans while Sharmila says that she was dreaming about high-class parties and now she can’t even show face at her own kitty party. As if on cue, Suyash walks in and tells them that he is ready to give them another chance. Meanwhile, Sai walks in and threatens her parents that if they plan to get her married to Suyash then she will run away from home. 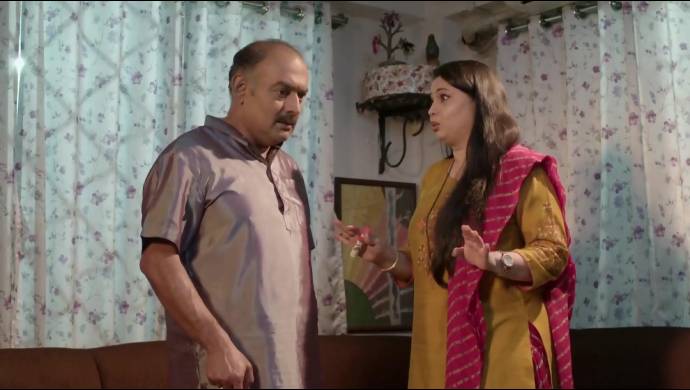 Meanwhile, Shashikant tries to calm sai down but she tells him how middle-class people go through so much problem and Suyash always shows-off that he has a lot of money. Shashikant tells Sharmila that Sai has probably fallen for some middle-class boy who is in need of money. Sharmila decides to send some money to Aditya in hopes of driving him away from Sai. She asks Chandu to help her.