Majha Hoshil Na: With Sai’s Studies Now A Priority, These Instances Show The Supportive Side Of The Mamas!

In the latest episode of Majha Hoshil Na, Sai’s MBA is given utmost importance in the Brahme household!

In Majha Hoshil Na’s recent episode, Sai and Aditya missed the opportunity of seeing Bandhu mama as Gulpreet’s husband and Bandhu mama heaved a sigh of relief. Back home, Sai and Dada mama resolved their fight and now peace has once again come back to the Brahme household. Well, for everyone but Sai!

The mamas and Aditya think that Sai should finish her education fully. Sai does not like to study, and never enjoyed it even when she was in college. She uses a lot of tactics to get out of studying but the supportive mamas have her back even if she doesn’t!

When Sai and Aditya come back from the restaurant, Bhai mama sees them and begins to enquire about their meal and more importantly, about Sai’s books right away! He does not wait for them to freshen up or even enter properly! That is the level of enthusiasm he has for Sai’s education! 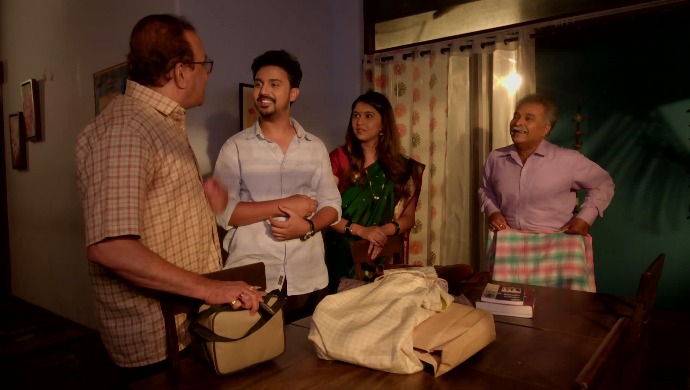 Again when Bandhu mama and Dada mama discuss Billu and have a laugh, the subject goes to Sai’s studies but Sai swerves the topic to Aditya’s day at the factory. She later tells them that it’s almost dinnertime so she will be back with plates. The mamas catch onto this and ask her to begin studying immediately now that they have bought the books!

Later, Sai tries to convince each member of the family to let her off the hook, but to no avail! Dada mama asks Aditya to change the batteries of Sai’s alarm clock so that she will wake up early and study. Aditya tells her that her efforts will not amount to anything as the idea was Dada mama’s. If she can convince him, only then she will be able to not study! 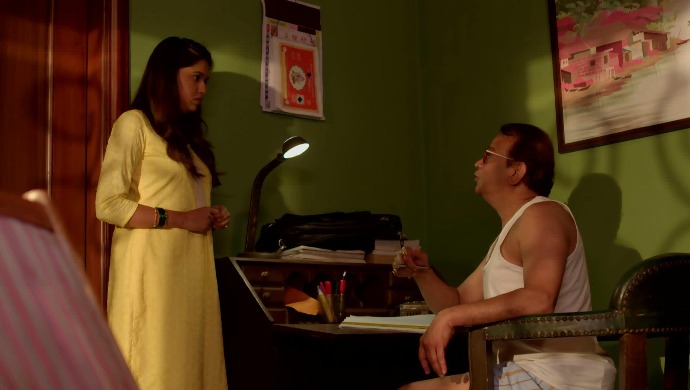 Sai tries to get them to play some game at night because she isn’t in the mood to study but no one listens to her! Dada Mama tells her that on a holiday they can play a memory-boosting game but not tonight as she has studying to do!

The next morning, she is not allowed to do anything but study! The food is made and the house is cleaned by the mamas and they all leave for work, leaving Sai with only studying to do! If this isn’t supportive, we don’t know what is!