Majha Hoshil Na: Bandhu Mama-Gulpreet’s Marriage May Be A Secret, But We Think It’s Totally Perfect!

All the things that make Bandhu and Gulpreet a great couple on Majha Hoshil Na.

Majha Hoshil Na began with the Brahme house only filled with men. Then, Sai came along and now they are more well-adjusted to women. But this did not happen without a lot of trials and tribulations! During these, viewers found out the real reason why the Brahme men did not marry! Dada mama, the head of the house after Appa, was once married but things turned sour soon enough for him! The woman he married, Sindhu got bitter and created a lot of friction in the family and things were much better off when she wasn’t around. Due to this experience, the men decided that problems would only arise if women came to the house, hence they chose to not marry. But one of them secretly did.

Bandhu mama fell in love with a Punjabi woman named Gulpreet and got married to her secretly many years ago. He even has a son with her and he often meets them in secret. We first saw Gulpreet as a mystery woman who helped Sai out when she was being forced to marry Suyash. She talked to Sai like she knew the Brahmes really well and like she knew all about the difficult situation as well. 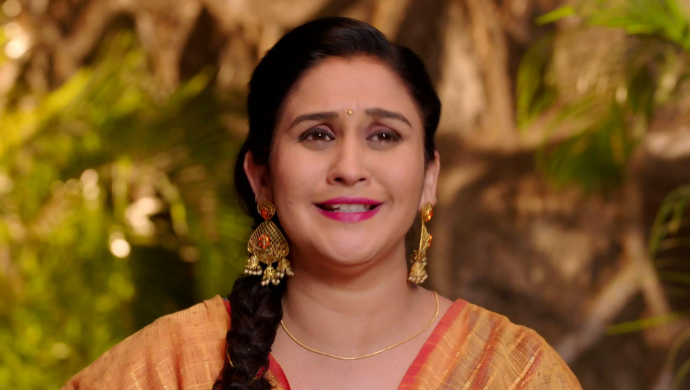 She has remained quiet about her marriage as her husband needed her to and to date understands him and his situation entirely. When Aditya and Sai find her and Billu at the restaurant they ask her what kind of a man he is to leave his wife and kid alone. Gulpreet gets emotional and replies that his situation is different and he does not have the luxury of making his wife his number one priority.

When they go out to eat at the restaurant too, they behave like husband and wife completely with their banter. Bandhu mama becomes an annoyed father and Gulpreet is a doting mother and its adorable to see them. Even before they go to the restaurant when they fight about him not meeting them before, it is sweet to see them argue. Gulpreet asks Bandhu to lie to her because she can tell when she does! 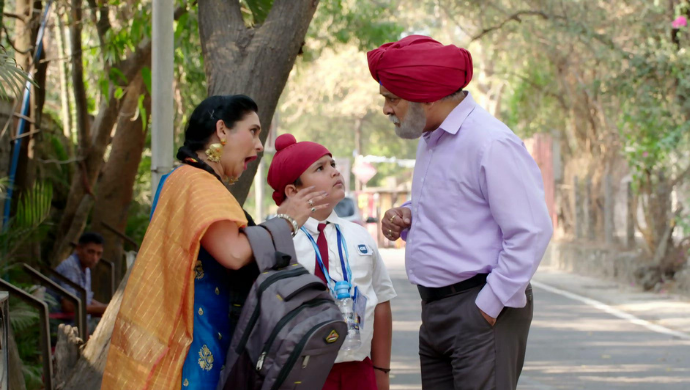 Their tryst with languages

It is so heartwarming to see Bandhu mama disguised as a Punjabi man! He not only wears a turban and a fake beard but also speaks in Punjabi. Well, at least in the little Punjabi he knows! Gulpreet too can’t speak Marathi very well, but understands it well enough. The best part about their love is that it goes beyond languages. They understand each other in the simplest way and never force each other to do anything. Even though Gulpreet wants him to come clean about his marriage to the mamas, Bandhu is afraid to do so. Gulpreet understands this and does not force him to either!

We hope that Sai finds out the truth and brings these two together into the Brahme household soon!