Kundali Bhagya: 5 Times When Prithvi’s Plans Failed And How!

While Prithvi is a master in planning and plotting against Karan and Preeta, they always manage to bust his traps right on time. This #ThrowbackThursday lets recap all such previous instances when his plans failed miserably.

In the show Kundali Bhagya, Prithvi has made a dhamakedaar entry into the Luthra’s house. He is here to win his love Preeta who he always wanted to be with. While he has failed earlier, this time he has tried a different way to win her back. He is faking a marriage with Kritika to separate Karan and Preeta. However, this is not the first time, Prithvi is making a masterplan to win his love. Here’s a looking at other times when his plans got busted in Kundali Bhagya.

In the show, Prithvi was always jealous of Karan as he wanted to be with Preeta. To ruin Karan’s reputation, Prithvi made a plan to destroy his career. He used Monisha to create a situation where she blamed Karan for misbehaviour. However, Preeta saves Karan thereby ruining Prithvi’s plan. 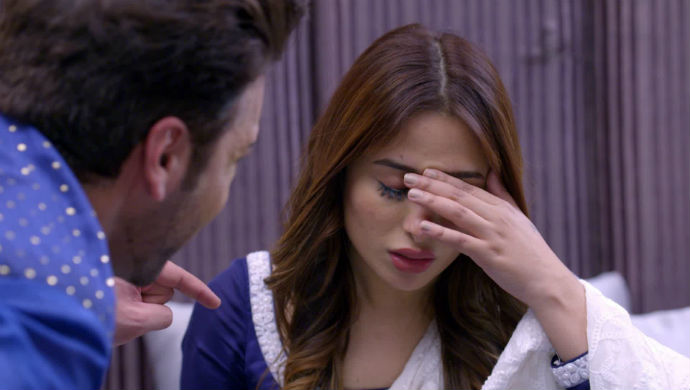 Monisha and Karan along with Preeta and Rishabh tried to use Prithvi’s same plan on him. They asked Monisha to blame Prithvi for misbehaving with her however Prithvi plays a masterstroke where he blames Monisha for sexually harassing him and Karan was helping her!  Fortunately, he gets busted later.

Prithvi kidnaps Preeta from her wedding

Karan and Preeta were about to make an appearance in front of guests in Luthra’s house when Prithvi kidnaps her. He takes Preeta to an abandoned place with his brother. Prithvi then tries to get married to Preeta, however, she flees from his trap and reaches Luthra house just in time. This was another instance when she outsmarted him.

When Preeta got married to Karan, Sarla was not happy about it. Prithvi saw an opportunity to use Sarla to break Karan and Preeta’s marriage. However, he questioned Preeta’s character which made Sarla furious. She then slapped Prithvi and asked him to leave. And you know what happened then! Yes, his plan was busted once again.

While Prithvi is determined this time, something tells us that he won’t succeed this time either! To know if he does or not, watch Kundali Bhagya on ZEE5.