Kumkum Bhagya: Here’s Why We Think Abhi And Pragya’s Ego Is The Biggest Enemy Of Their Relationship

Our elders have often told us that the ego is the biggest enemy of a human. But seems like Abhi and Pragya are willing to ignore this saying, Why else would they let their egos affect their relationship?

Recently, when I was scrolling through my social media feed, I came across a quote by anonymous writer, which read, “relationships never die a natural death. They are always murdered by attitude, behaviour, ego and ignorance”. A few moments later I realised they are not just random words but a reality in fact. For the once who aren’t convinced, the lead pair of Kumkum Bhagya, Pragya and Abhi can help you understand this better. A couple, who tied the knot under unfavourable circumstances had a beautiful journey together until they decided to part ways. And while their love for each other cannot be even, why are they staying apart? The simple answer to this question is their ego. Scroll down to understand why we think it’s not Aliya but their ego who is keeping them apart.

Abhi Expects Pragya To Stop Him From Getting Married

In the recent events in the show, Pragya and Abhi have been standing on the path where they will be separated forever. While we may blame Aaliya for their differences, this time it’s Abhi and Pragya’s egos that are creating all the problems. While he is waiting for her to stop him from getting married to Meera, her ego is not allowing her to confront  Abhi.

Why They Got Separated?

It was one of the most iconic reunions when Pragya and Abhi reunited on-screen after twenty-years. However, I would request you to remember why the duo got separated in the first place. They blamed each other for Kiara’s death and the guilt of being a bad parent drove them to the extreme. Aaliya obviously added fuel to this fire.

Also Read| Kumkum Bhagya: 5 Times Viewers Thought It Was A ‘Happily Ever After’ for Abhi and Pragya

Even though the duo met after twenty years and it was evident how terribly they had missed each other’s company, Pragya decided to stick to her decision. While he wanted Pragya and Prachi to stay with him, her ego, in this case, became a hurdle for their happily ever after. There are times when her character fails to understand the difference between self-respect and ego. 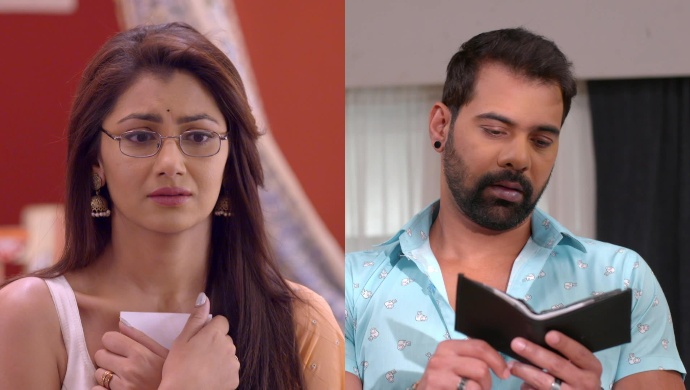 When Abhi and Pragya were separated, Abhi’s rival King came into their life and convinced Pragya to come to Mumbai with him. Abhi, being one of the six singers in the event, saw Pragya with King. He even believed that she had married King. While he should have confronted her about his “assumption”, his ego never allowed him.

Even during Daadi’s death, Abhi never tried confronting Pragya when she was held responsible for the loss. Reason? His ego again.

Also Read | #ThrowbackThursday: 5 Times When Rhea Missed Her Mother Pragya And Got Teary-Eyed In Kumkum Bhagya

There have been umpteen instances where Pragya has saved Abhi from different dangers. While she loves him to death, her ego and even his in some case lets them down. Their ego is hurting their relationship and is further creating all the chaos. Hopefully, a day will come when they’ll understand that love is more important than ego in any relationship and we’d then witness a happily ever after.