Kumkum Bhagya: A Look At Duos From The Show Who Have Given Us Some Major Friendship Goals!

Kumkum Bhagya has shown us some nice friendships since its beginning. Read on to know about the ones that we adore the most.

Kumkum Bhagya, the saga of love and fate, has made everyone fall in love with its stories and characters. The characters of the show are also lovable and have become fan-favourites. Apart from romantic couples, the viewers also love the friendships that the characters share in Kumkum Bhagya. Take a look at some of the best friendships in the show that we have witnessed till now.

Prachi has always been a good and polite girl in the show, much like her mother. Because of her good nature, she often finds herself to be a victim of some immoral minds. To stand with her and also stand up for her in every such situation, she has her friend Shahana. Shahana gives Prachi the support she needs. The duo not only have fun together, but they also cry together! Now wouldn’t you want a friendship with that level of emotional support?

Being called ‘Jai-Veeru of Kumkum Bhagya’, Ranbir and Aryan share such a good bond and they make us wish we had a friendship like theirs. Besides being good buddies, Aryan always has Ranbir’s back. Knowing where his love resides, Aryan very recently saved Ranbir’s relationship with Prachi, making him realise the truth about her. No matter what, Aryan made sure that Ranbir does not have to give up on his true love or give in to anything which is not in his favour.

Also read: Kumkum Bhagya: Here’s Why We Feel Vikram Kohli Is The Perfect Father For Children In Today’s Generation

You may wonder why these names are on this list? But let’s not deny that these ladies together made everyone’s lives hell. They both had things to achieve, for which, they became the partners-in-crime, for real. From conniving and conspiring to losing in their plans, they always stood together and supported each other. (PS. The actors were replaced in the show)

Saving the best for the last! Abhi and Purab’s is the bond that is being loved by the viewers since the earliest days of the show. Abhi and Purab’s is a friendship that has stood the tests of time. Besides being business partners, they are like brothers to each other. Purab has been a part of Abhi’s family for a long time and also has been Abhi’s emotional support in all his heartaches. 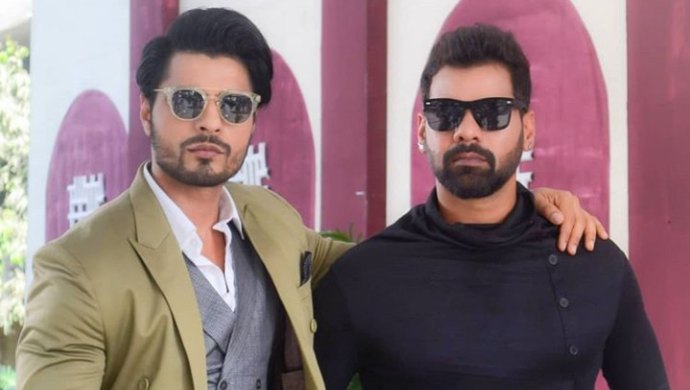 For more stories about your favourite shows, stay connected to ZEE5.