Krishna Tulasi: Get ready for a thought-provoking story under the guidance of K. Raghavendra Rao

Here’s all you need to know about the brand new Zee Telugu serial Krishna Tulasi.

The viewers of Zee Telugu, in the past, have been gifted with some unique stories. From the story of a married woman who aspires to be an IAS officer in Radhamma Kuthuru to the story of a couple with a drastic age difference in Prema Entha Madhuram, these stories have always won our hearts.

Yet another name adding itself to the list is Krishna Tulasi. The story of Krishna Tulasi revolves around a young, confident, and calm singer Shyama Sundari, who is blessed with a nightingale’s voice. While Shyama has the potential to win all hearts through her voice, the complex of not being conventionally beautiful stops her from reaching heights. 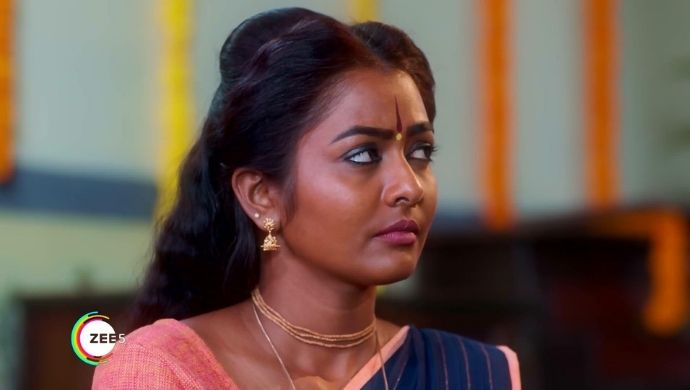 Also Read: Prema Entha Madhuram: Here’s why Subbu can be assured that Arya is the best match for his daughter Anu

While Shyama is composed and calm, she does not shy away from standing up for herself and is protective of those around her. Shyama Sundari’s fate makes her cross paths with Nikhil Krishna, who believes that true beauty lies in the heart. He falls for Shyama’s talent and helps her pursue singing. Nikhil Krishna is not judgemental and believes in making his opinions based on what he knows.

Also Read: Prema Entha Madhuram: Anu and Arya can’t get enough of each other even while being on gunpoint

What makes the serial unmissable is the fact that it is being launched under the directorial guidance of the revered director K. Raghavendra Rao. His name needs no introduction and his awards speak for him. from SIIMA and IIFA to the Nandi awards, he has it all in his name. The serial is all set to air on February 22, and we are way too excited for it!

Stream Sa Re Ga Ma Pa – Next Singing Icon and many other shows like this only on ZEE5!