There is no denying that the concept of dowry is an extremely wrong and unethical one. Although dowry has been made illegal in India since 1961, the ritual still exists till date regardless of where the family is coming from. No matter if it is a rich and so-called educated family or economically challenged family, […]

There is no denying that the concept of dowry is an extremely wrong and unethical one. Although dowry has been made illegal in India since 1961, the ritual still exists till date regardless of where the family is coming from.

No matter if it is a rich and so-called educated family or economically challenged family, whether the bride and groom are foreign-educated and earning heavy salaries or they are from Indian public schools working at a decent job. Dowry still exists for everyone, and the family of the bride is still expected to give it to the groom’s family, just now it is under the umbrella of ‘gifts’.

But everyone knows what it truly is. Dowry. Something that is illegal in the country.

However, in an interesting twist, the Kerala government is taking a few actions to really prevent dowry from taking place.

Now, their male employees will have to submit a declaration that states they have not taken any dowry soon after their marriage. 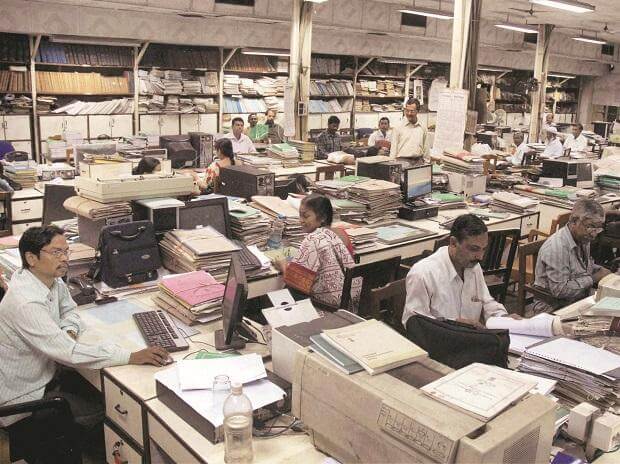 What Is This Declaration About?

A circular, given by the State Women and Child Development Director, who is also the Chief Dowry Prohibition Officer as per the Kerala Dowry Prohibition (Amendment) Rules, 2021 asked that department heads get a declaration from government employees.

This declaration would be a written confirmation from that particular male employee that they have not asked for, taken, or exhorted the receipt of dowry. 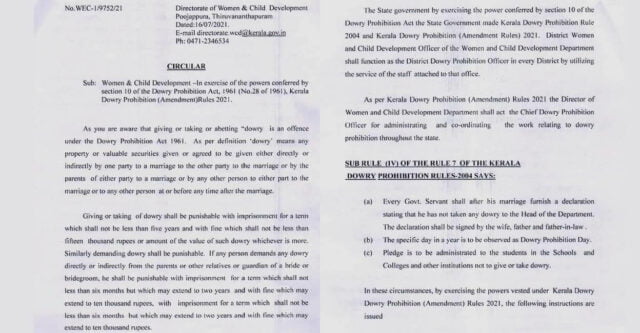 To be eligible, the declaration must have the signatures of the wife, father, and father-in-law of the male employee and then be submitted to their department head within a month of their wedding.

Read More: ED VoxPop: What Do The Millennials Have To Say About Increasing Age Of Marriage For Women?

A Dowry Prohibition Officer has also been appointed in all districts, to whom the department heads will have to send a report on these declarations once every six months.

As per the circular, the reports should be sent before April 10 and October 10 annually. The District Dowry Prohibition Officer will also be submitting a report on all departments that have not sent in their declarations by April 15 and October 15. 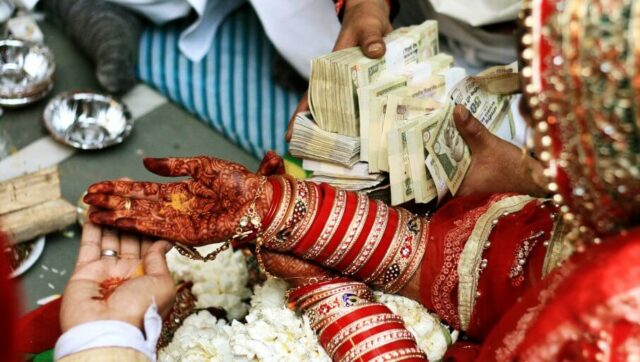 Students from high schools, higher secondary and vocational higher secondary schools, and colleges (including technical, non-technical, etc) in Kerala will be taking a pledge, that they will never give or take dowry, on this day during a general assembly taking place at their place of education.

While it is certainly a good step and could make some people hesitant towards taking dowry at all, it still remains to be seen how helpful this circular and this declaration is. Because men and their families could still force the woman to sign the declaration even if dowry has been taken.

Considering how oppressed women still are in the country and that even acts meant for their protection and upliftment can be used against them, there need to be more specific rules that would really make sure that the woman is not being coerced or forced into saying what she is saying.