Karbhari Laybhari: With Piyu Coming To Rajveer’s Aid After His Accident, Will Their Friendship Finally Revive?

In Karbhari Laybhari, Pilya calls Vaishu and Piyu after Rajveer meets with an accident on the way to Mumbai and Piyu rushes to his aid. Do you think this will be able to revive their friendship?

In Karbhari Laybhari, ever since Priyanka’s big secret has come out, her friendship with Rajveer has not been the same. After learning about Priyanka’s truth, he broke all ties with her and refused to speak with her. Priyanka has been trying to make amends with him but to no avail. She is really sorry for lying to him and is trying a lot to make it up to her Viru, but all her efforts are simply going in vain.

In the recent episodes of Karbhari Laybhari we saw that Priyanka is trying to revive her friendship with Rajveer by trying every trick in the book to convince him. She parks her jeep in front of Rajveer’s house and refuses to move from there until he forgives her and when that does not work, she sticks apology posters in the entire village to convey how truly sorry she is. Instead of melting Rajveer’s heart,  all these things further infuriate him to a point that he reaches Ankushrao’s place and furiously askes him to ‘control his daughter’.

Following this incident, Rajveer meets with an accident on his way to Mumbai, and Priyanka being the caring friend that she is, rushes to his aid. She takes him to the farmhouse and stays by his side while nursing him back to health. Soon after Rajveer gains consciousness, he rebuffs Priyanka for trying to help him and reprimands Pilya for calling Vaishu and Priyanka for help. Even though Rajveer does not appreciate Priyanka’s efforts, she continues to take care of him. 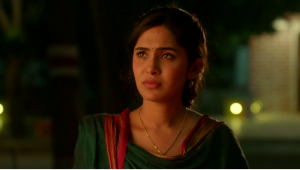 Much to Piyu’s delight, Rajveer finally gives in and lets her nurse him. She cooks for him, brings him food and medicine, and does not let him do any work to ensure that he gets much-needed rest. Even though Rajveer would never admit it, it is evident that he likes being around her and often steals glances when she is not looking.

Rajveer is taken aback when Priyanka calls his mother and lets her know that Rajveer is fine and will be back the next day. This truly melts his heart and he looks at Priyanka longingly. She gets emotional and tells Rajveer how lucky he is to have a mother who cares so much for him. She also mentions how a mother is a friend and how she never had someone like her. This leads to a heart to heart conversation between the two regarding their friendship and we think Rajveer has finally realised how good a friend Piyu is and will soon forgive her. Do you think their friendship will revive? We definitely think so. 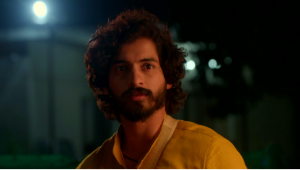