Karbhari Laybhari: Will Shona Reveal Priyanka’s Big Secret? Here Are Things That Can Happen Next

In Karbhari Laybhari, Shona will try to reveal Priyanka’s real identity to Rajvir. If she succeeds, here are things that will happen next.

The latest episodes of Karbhari Laybhari have been building up a lot of suspense regarding Priyanka’s secret. In the last few episodes, we saw that Priyanka’s getting anxious and fears her secret will make Rajvir furious. She attempts to tell Rajvir that she is, in fact, Ankush Rao’s daughter but her attempts have gone in vain so far. Meanwhile, there is Shona who is determined to wreak havoc in their lives. Do you think she will play a crucial role in revealing Priyanka’s lie?

In recent episodes, we witnessed Priyanka trying to come clean to Rajvir. Finally, she writes a heartfelt letter to Rajvir explaining everything and trusts Shona to deliver it to him. Shona being the vamp she is, slips the letter into Ankshurao’s folder and walks away.  What do you think will happen if Ankshurao reads the letter?

One thing we can be certain about is that Rajvir is going to get absolutely furious with Priyanka upon learning that she had been lying to him all this time. If you have been following Karbhari Laybhari regularly then you know Rajvir is a man of ideals and hates liars. He does not like Ankushrao and realising that his good friend is, in fact, the daughter of his enemy would certainly upset him further. 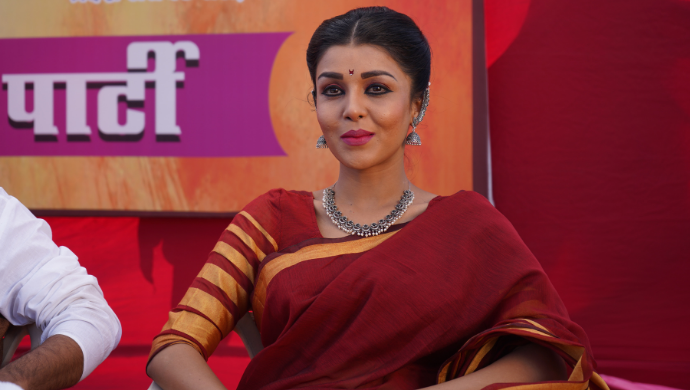 Since Rajvir will never receive the letter, Priyanka’s big secret will come as a huge shock for him. And seeing him furious, Shona will get all the satisfaction.

She has been infatuated with Rajvir ever since he dragged her vanity van to their village and has been trying to get his attention. It would come as no surprise if she turns out to be the villain in his relationship with Priyanka. Keep watching Karbhari Laybhari to find out what happens next!