Kamli Ishq Di: 3 Robberies By Kavita Sharma Aka Lalli The Superchor That Will Stun You 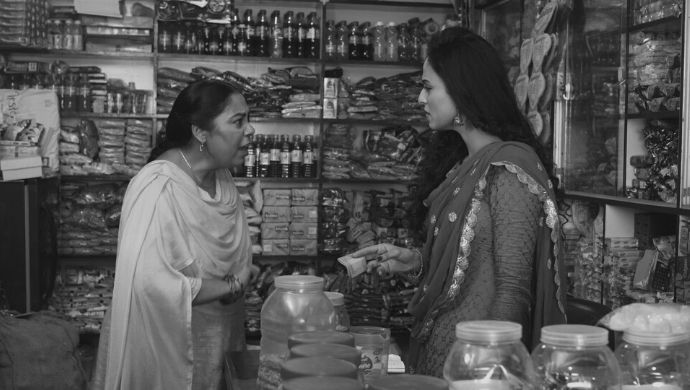 The Zee Punjabi serial Kamli Ishq Di‘s Deshveer (Jashn Kohli) and Mahi (Shehnaz Saher) have one common foe — Lalli (Kavita Sharma). Even though Lalli is Deshveer’s aunt, she is always against his dreams and aspirations. Mahi doesn’t like Lalli because of her greed, her habit of lying, and robbing stuff. Yes, Lalli is a super chor! Here we are with her kaccha chhitta.

At the start of the Punjabi serial, you get to know Lalli’s true colours. Mahi, who runs a general store, makes a flashy entry at Lalli’s house. Mahi visits Lalli to settle her accounts and she asks Lalli to pay her the dues. Lalli refuses straightaway and disowns Mahi’s claims. As a result, we get to see a huge fight between Lalli and Mahi, all over a packet of almonds. Lalli continues to say that she owes nothing to Mahi, but Preeto (Kamalpreet Nazm) accidentally exposes Lalli. So, that’s how we are introduced to the super chor Lalli mami. 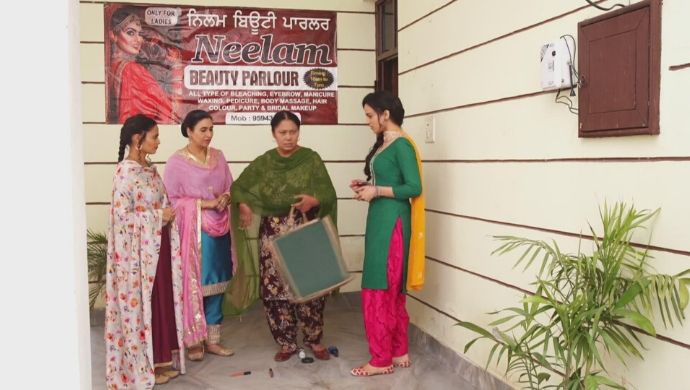 This sounds like the title of a spoof comedy film, but this is just the karistaani of our Lalli mami. Mahi’s aunt, Neelam runs a salon, and Lalli visits her parlour to get a facial and head massage. While Neelam applies the pack, she looks at the other cosmetics — nail polish and lipstick. Neelam gets busy in some other work and Lalli takes the opportunity to put all the cosmetics in her bag. Lalli is so kanjoos that she applies hair removal cream on her face due to which she loses her eyebrows too. Lalli pretends to be a victim and blames Neelam for it. But Mahi is smart; she snatches Lalli’s bag and flips it. Neelam is shocked to see that she has stolen the cosmetics!

3. The biggest robbery ever 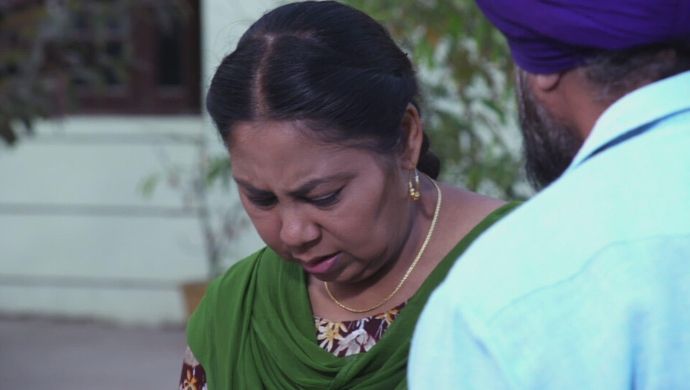 Deshveer used to think that his aunt cares about him, but then he discovers that Lalli has kept him and her family in the dark. Lalli wants to take revenge for her insult by Mahi, so she frames Mahi for stealing her jewellery. She drags Mahi out of her house and creates a huge scene. However, many people, including Deshveer, are not ready to accept that Mahi can steal. Later, Deshveer and the others get to know that Mahi is innocent as Preeto has sold the jewellery to Lucky….and the jewellery actually belongs to Deshveer’s mother. Yes… Lalli ne bahut samay se Deshveer ki maa ke gehne apne paas hi rakh liye…. aur yeh bol diya ki woh uske hai.

Watch evil aunt Banto in Heer Ranjha only on ZEE5!