A Candid Pose By Kamini And Urmila 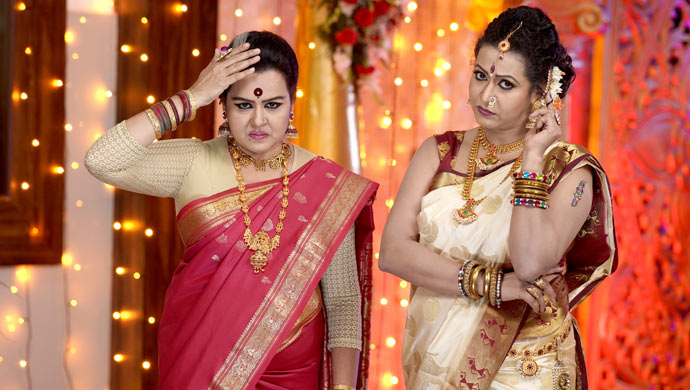 Chandrakala Mohan and Bhavyashree Rao aka Namma Kamini and Urmila stand in their classic villain pose for a quick picture. Their expressions are like the icing on the cake.

Tara Removes Her Frustration On Kamali, Thanks To Anika 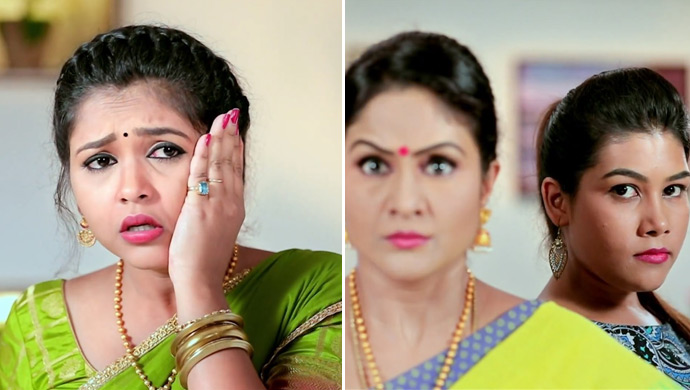 After Kamali broke Rishi’s heart by denying his love, he completely broke down. While it made her miserable, Ningi angrily questioned Kamali about her shocking decision for the first time since they became friends as kids. However, Anika soon learnt the truth about Kamali’s real feelings when she overheard the two best friends talking. Annapoorna, who also heard Kamali confessing her real feelings for Rishi decided to do something about it and first took permission from Gauri (the real Gauri couldn’t bear to face her mother-in-law, so she sent her friend in her place).

Once she got the green signal from her mother, Annapoorna took Kamali to Rishi’s house to make an announcement, but in a shocking turn of events, thanks to Anika, Tara removes all her frustration on poor Kamali. She not only accuses Kamali of ruining her family’s happiness but also of being the reason why Rishi disappeared, much to the latter’s disappointment.

Annapoorna Defends Kamali But To No Avail 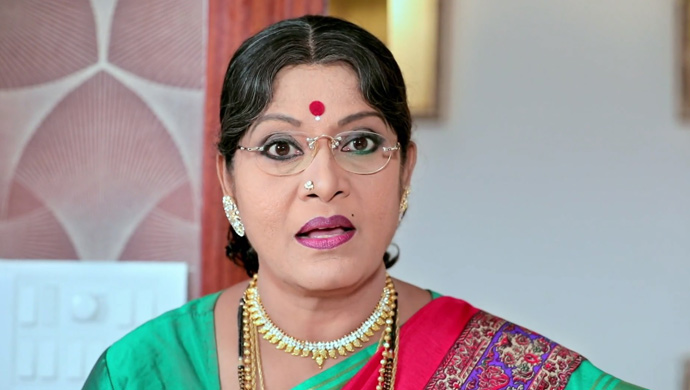 Startled by Tara’s behaviour, Annapoorna interrupts and demands an explanation for hitting Kamali. Tara then continues to curse and scream at Kamali until Ramesh has to intervene and calm her down.

Finally Annapoorna Makes An Announcement That Shocks Tara And Anika 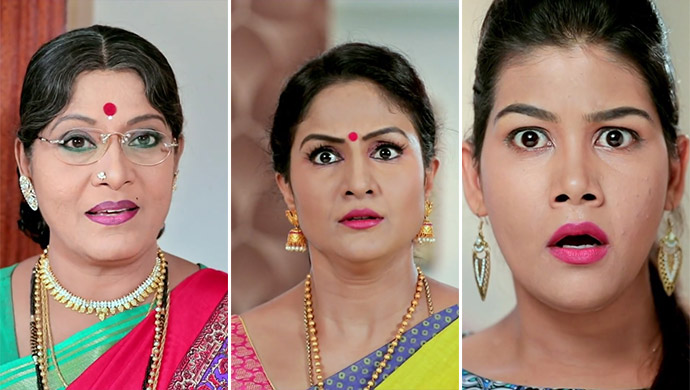 Despite Tara’s attempts to get Kamali to leave from her house, Annapoorna stands her ground and quickly announces why they both have come there; to agree to the marriage proposal sent by Rishi’s family. Tara and Anika are taken aback by this announcement, while Ramesh and the rest are pleasantly surprised. Tara doesn’t take this news well and rejects their proposal.

Ramesh Opposes Tara’s Decision And Invites Them Inside 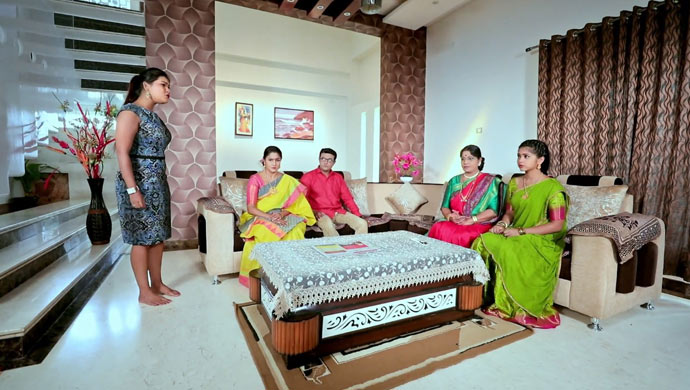 Tara is unhappy when Ramesh, despite all she said, asks Annapoorna and Kamali to sit and talk. Just as he asks Kamali to tell them if she is actually ready to marry Rishi, Anika comes there and scolds Annapoorna gravely for forgetting that Rishi is still missing. She then informs everyone that Kamali was the one to meet Rishi last so surely she must have done something to him. In her tension, Tara believes every word Anika says! 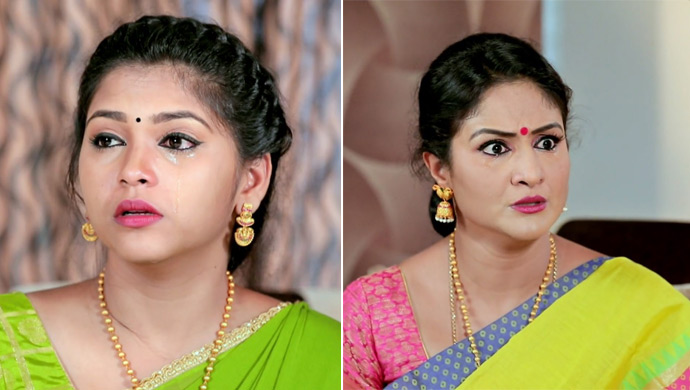 Even though Annapoorna shuts Anika up, Tara takes over and sternly tells the former not to speak in support of Kamali. She then goes to on to blaming Kamali for everything wrong that is happening with her family, especially Rishi. Finally, she folds her hands in an angry namaste and asks Annapoorna and Kamali to leave, much to their dislike. 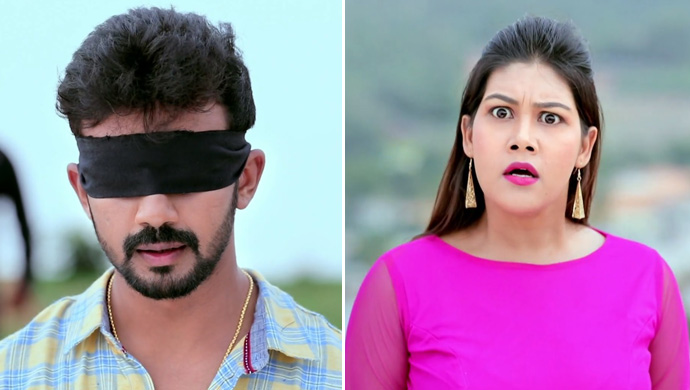 Soon, Rishi is taken atop a hill to meet his kidnapper and despite being blindfolded Rishi recognises it to be Anika. She is taken aback by Rishi’s correct guess and probes into the matter. He then begins to tell her how he came about learning that it couldn’t be anyone else but her who would do such a thing to him.

Anika Threatens To Kill Herself If Rishi Doesn’t Marry Her 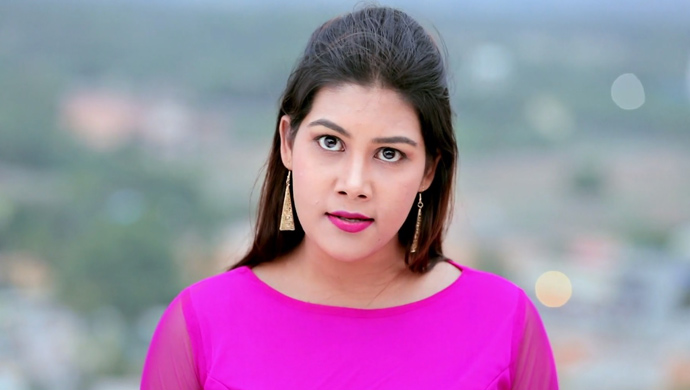 When Rishi makes it crystal clear that he would rather live as a celibate than marry her, Anika establishes that if he denies her proposal, she will jump off the hilltop. However, just as she is about to jump, Rishi saves her on humanitarian grounds and asks Anika to stop all this silly behaviour. 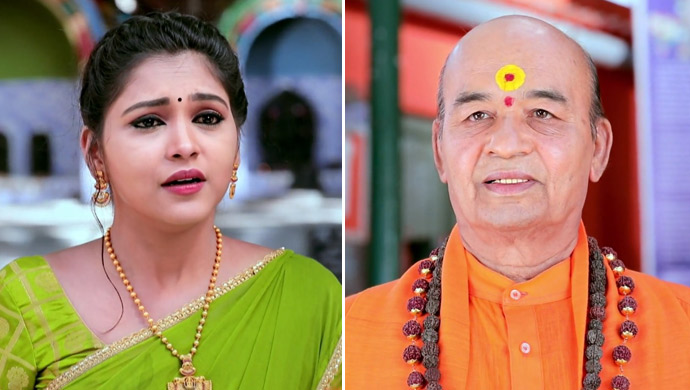 After the incident at Tara’s house, Kamali goes to the temple to find some peace but is at an impasse about how to find Rishi. That’s when she comes across the Guru, whom Annapoorna regularly visits for advice, and asks him for some answers. A positive response from him calms her mind for a bit. He then gives her the good news that she will meet her mother and father at the temple today, causing her to be ecstatic. 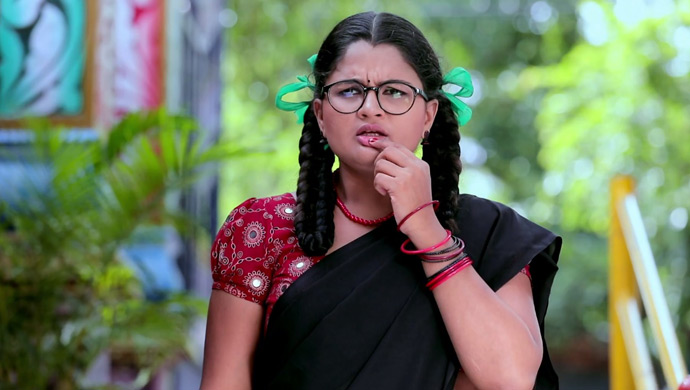 Ningi, who gets doubt on Anika’s behaviour soon follows her to the temple and wonders why she came there. Soon, looking at her dressed in a bride’s attire, Ningi grows even more suspicious. Kamali, who is also praying at the same temple, crosses paths with Anika there and is surprised too.

Anika Makes Her Older Sister Do All The Bridal Rituals 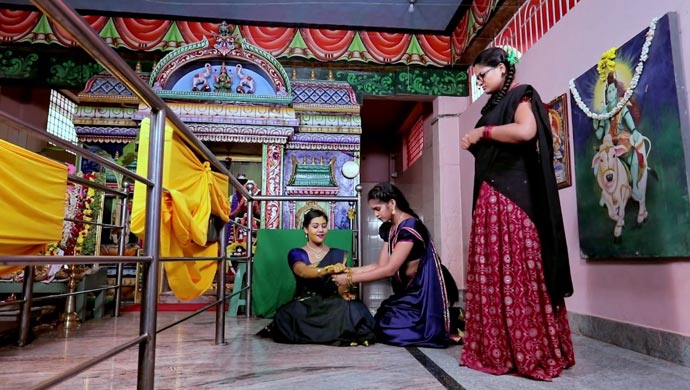 After meeting Kamali at the temple, Anika insults her thoroughly and then asks her for some help. She makes Kamali do the ‘turmeric-applying’ ritual and also asks her to tie the sacred thread around her wrist. Unfortunately, the thread doesn’t last much longer in her hand, causing her to get furious with Kamali once more.

Tara Pays A Visit To The Mahajan Mansion 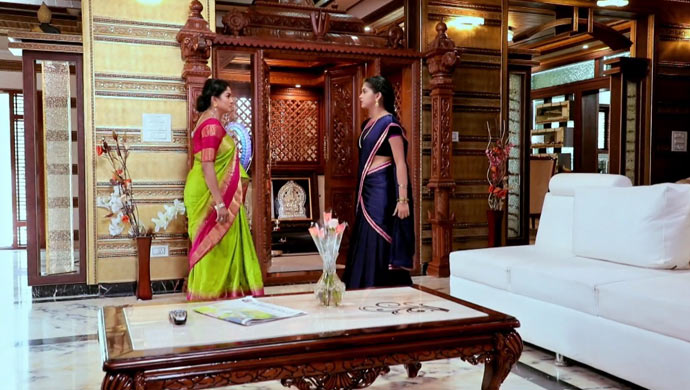 A furious Tara goes to the Mahajan mansion to warn Kamali that if Rishi doesn’t come back home soon, she will have to face a mother’s wrath. Kamali responds politely to this by assuring Tara that she will be the one find Rishi and bring him back home at any cost.

Rishi Learns About The Plan Being Changed 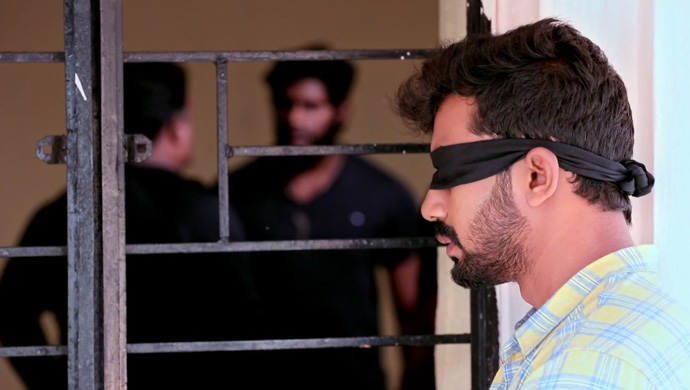 Upon learning that they have kidnapped Rishi Nanda, the kidnappers decide to make their own way in earning more money than they are getting paid now. However, they don’t realise that Rishi has overheard them! 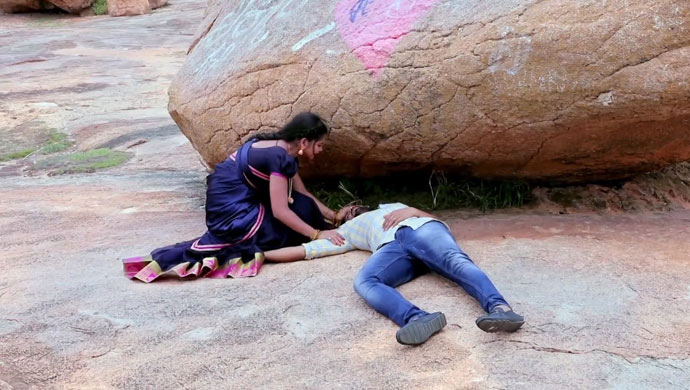 After placing her doubts on Anika about Rishi’s disappearance, Kamali follows her and reaches the hilltop. Desperately, she looks around for Rishi and is shocked to see him in an unconscious state. She rushes towards him and has multiple failed attempts to bring him back to consciousness. When she prays for his well-being with her heart and soul, Rishi stirs a little, much to her relief.

Rishi Gains Consciousness And Is Reminded Of Their Date 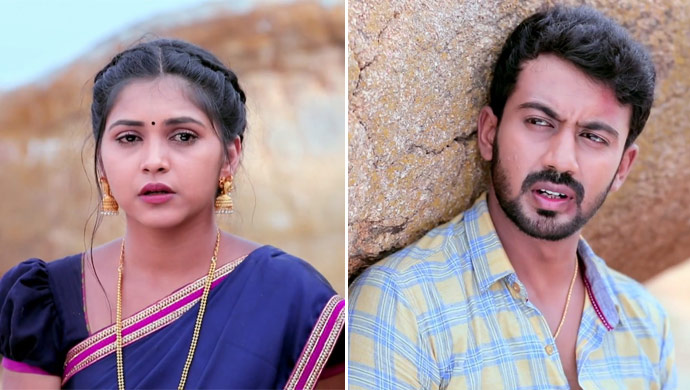 Just as Kamali tries to take Rishi to the nearest clinic, he reminds her of the date they had on a hilltop similar to this all those months ago. He then confesses that he tried to tell her how he felt then, but couldn’t muster the courage. When Kamali apologises for causing so much trouble, Rishi tells her that nothing she does can make him angry. In fact, he also claims that it was his fault that he confessed his feelings for her without understanding what’s in her heart.

Kamali Accidentally Gives Rishi A Clue About Her Feelings 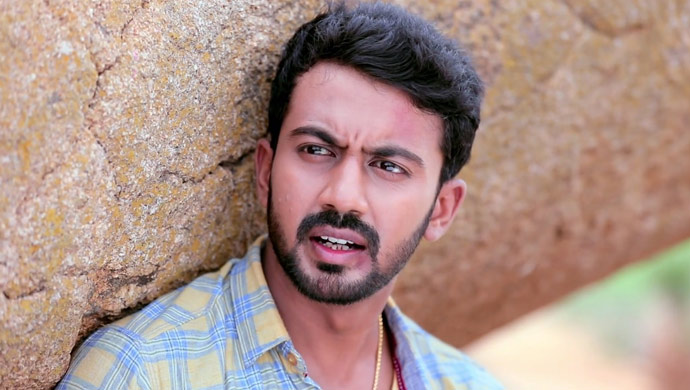 Carried away in the moment of confessing all her guilt, Kamali accidentally tells Rishi about what’s in her heart. This increases his curiosity and causes him to probe further, much to her astonishment! However, Anika breaks up their moment. After getting Rishi the required treatment, Kamali takes him home.

Will Tara accept Kamali? What will Rishi do when he finds out that Kamali has accepted his proposal? Stay tuned for the next update to find out.