Nithya and Manga from Kalyana Vaibhogam might look the same but one is filled with hate for the other. Here’s why we think Nithya hates Manga.

The fan favourite Telugu TV show Kalyana Vaibhogam has VJ Sunny playing Jai, and Meghana Lokesh playing the role of the identical twins, Nithya and Manga. While Nithya and Manga might look the same, they are different in more ways than one. For many, it can get confusing as to why Nithya just can never seem to like Manga, given that she is her sister, and is instantly likeable.

Also Read: Kalyana Vaibhogam: We think Swarupa might have hurried in Janaki’s case. Here’s why

1) Manga got to marry Jai

There is no denying the fact that Nithya has had feelings for Jai for a long time. The fact that her sister got to marry someone she has liked, is one of the primary reasons why she can never seem to be considerate towards Manga. While Nithya wants to marry Jai for slightly selfish reasons, she indeed has feelings for him. 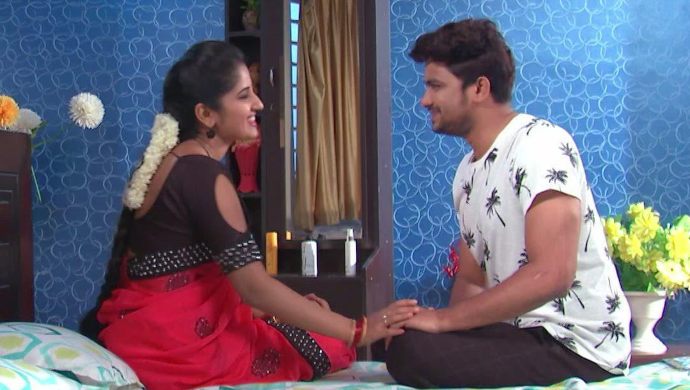 2) Everyone wants to be around Manga

Manga is just innately more likeable than Nithya. She makes people more comfortable and they love being around her. Be it Jai or Jeji, people warm up to her, which means that she is the centre of attraction, more times than one. While Manga doesn’t plan on this, we think that there must have been times when she got more attention while Nithya was fishing for it.

Also Read: Kalyana Vaibhogam: Will Manga’s mother be able to help her recall her past?

Nithya is a little detached from her culture when compared to Manga and likes being around people who are the same. On the other hand, Manga likes her cultures and traditions more than Nithya. Take for instance the time when she preferred people calling her ‘Akka’ or ‘Vadina’ at Jai’s party.

4) Circumstances work out in Manga’s favour

No matter what Nithya throws at Manga, she always comes out victorious. Nithya even caused her to face an accident after which she lost her memory. But Manga still made her way back, and now she is heading towards gaining her memory back. Nithya is envious of the fact the universe is always with Manga and great things come her way.

5) Manga is the chosen one

From defeating curses to defeating death itself, Manga is destined to do bigger things that she also might not know of. While Nithya and Manga look the same, it might confuse Nithya as to why she is not the one who gets to be the chosen one. There is a lot of underlying jealousy because Manga is destined for big things.

Stream Sa Re Ga Ma Pa- The Next Singing Icon and many shows like this, only on ZEE5!