Jeet Ki Zid: 5 Scenes That Brilliantly Depict A Soldier’s Dedication Towards His Country

When it comes to the stories of soldiers from the Indian Armed Forces, we know we are going to get to watch a journey of dedication and valour. Jeet Ki Zid is one such series. Based on the true story of a Kargil hero, Major Deependra Singh Sengar, the series shows his journey in the Special Forces of the Indian Army and his inspiring life. There are certain scenes in Jeet Ki Zid, where we get to know how immensely dedicated Major Sengar was in protecting our nation. Read on to know about it.

When Major Sengar (Amit Sadh) risks his life to protect civilians and capture terrorists who were holding them, hostage, he gets seriously injured. He spends some time in recovery, but all the while keeps thinking about wanting to return to work, to defend his nation. He keeps persuading his superior officer to let him return. He even accepts a challenge to prove himself fit to return, just so he could serve the nation again.

Going to the War

After spending a lot of time in recovery (but yet not fully recovering) when he hears about the Kargil war breaking out, he makes a decision to serve in the war. His mind has already been prepared to take all the risks involved to be in the war. The way he shows his willingness to serve the country, risking his life, shows his pure dedication.

When Major Sengar gets injured in the Kargil war and is in hospital, recovering, his superior officer visits to give him a piece of good news. The officer shows him the Sena Medal, saying that the government honoured him with it, for his contribution to the war. Immediately on seeing the medal, the first words that come out of his mouth are, “I did it for the nation, for saving it.” This tells us that recognition means little to him and it is the service to the nation that matters the most. Following it, he respectfully accepts the medal for the honour that it symbolizes.

Also read: Why Aly Goni Aka Surya Sethi Of Jeet Ki Zid Is The Best Friend We All Need!

When he is in the Special Forces, getting trained to serve on the field, he along with his fellow officers is made to undergo some severe training. The training is no less than torture. It is later revealed that the officers are made to undergo such training to prepare them for the worst-case scenario if they ever get captured by the enemy. Major Sengar accepts all the harsh training and successfully completes his course.

Talking to his Quitting Teammate 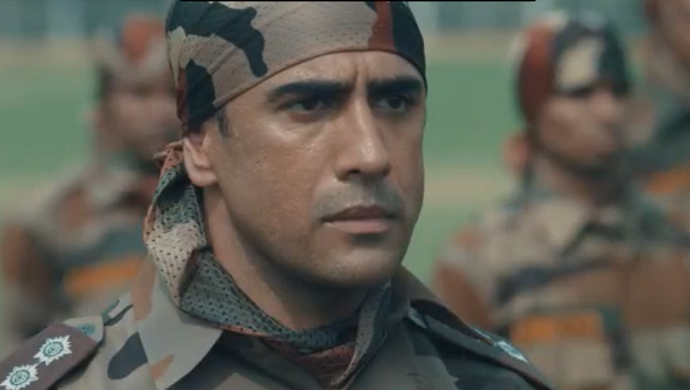 After a tough day in training, when all the officers are resting in their bunk beds, one of the officers of Special Forces is packing his bags to leave the Forces. When asked why he says that he can no longer take the torturous training. He even says, “Is this even training? Should we even bear this?”

Hearing this, Major Sengar says, “The enemy won’t torture you as per your convenience. You are being prepared today so that you can be strong at that moment. But it is better that you leave the training now, rather than waiting till the last moment to leave the country undefended in the face of adversity.”

All these actions and words of Major Deep Singh Sengar displayed his dedication towards serving India, in Jeet Ki Zid on ZEE5.