Indian Tv Shows Like Bade Achhe Lagte Hain 2 And Others’ That Would No Longer Entertain The Viewers In 2022; Are Inching Towards The End

In the New Year 2022, a few TV shows are ending because of low TRP’s or simply because it failed to keep the audience entertained with its storyline. Take a look at them

Last year saw a rush of new shows debut to great fanfare, as well as a few quiet exits as shows withered out. In the New Year 2022, a few TV shows are ending because of low TRP’s or simply because it failed to keep the audience entertained with its storyline. Take a look at them.

It will be a shame if Bade Achhe Lagte Hain 2 does not enjoy a long run on television, given the enthusiasm for Nakuul Mehta and Disha Parmar’s program. People are swooning over Ram Kapoor and Priya Sood’s chemistry. Because of the poor TRPs, the producers had to make several modifications to the writing and editing. TRPs, on the other hand, are still low. The show must pick up in order for the channel to remain viable.

Sony Entertainment Television purchased the Emmy-winning ABC series ‘Shark Tank’ in 2021 with the intention of launching its own version, ‘Shark Tank India.’ On December 16, the show premiered on television. The show has a limited run and will be over in a few months. It’s now running on Sony TV.

Tera Mera Saath Rahe on Star Bharat is also expected to conclude up soon. Giaa Manek made a triumphant return to the show. In this drama, Mohammad Nazim, Gia Manek, and Rupal Patel played the lead roles.

The show is set in Odia and stars Sharad Malhotra, Hemal Dev, and Sulagna Panigrahi. It tells the story of Bakshi Jagabandhu who resisted the British Empire. TRPs for the show are relatively low. When ratings are low, it’s difficult for historical series on major networks to stay on the air. Furthermore, the show is a limited series. It’s a short narrative. 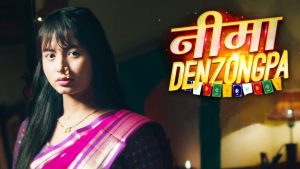 Nima Denzongpa was designed to depict the challenges of citizens from Northeast India, but it was a complete failure. The primary characters were Surabhi Das and Akshay Kelkar. Within the first week, the show had turned into a traditional Indian’saas-bahu serial.’

Chikoo Ki Mummy Durr Kei, which airs on Star Plus, will be cancelled after four months. Himanshu Malhotra, Paridhi Sharma, Vaishnavi Prajapati, and played significant roles in the show, which premiered four months ago.

(Also Read: Indian Tv Shows Like Big Boss That Made Headline In 2021)

The serial is a romantic drama between a patient and a nurse that airs on Zee TV. The primary actors are Simran Kaur Hundal and Himanshu Soni. The show does not have a high TRP and as a result, might go off air in a few months.