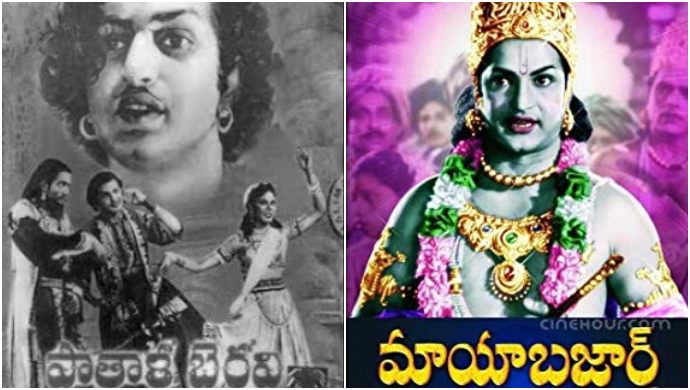 As we gear up to celebrate the 73rd year of Indian Independence, we thought it’s best to dedicate a few moments to someone special. For years, the Telugu film industry has been keeping us entertained with movies that are now recognised globally, ones that have made history and those which have gone down as classics. Let’s take a brief look at what happened in the TFI as the nation roared with new excellence and achievements.

During the first decade of Independence, our nation set herself free from the clutches of the foreign rulers. From becoming a Republic (January 26, 1950) to holding the first general elections (October 1951-February 1952), India stepped into a new era.

Tollywood, during the same period, came up with legendary films such as Patala Bhairavi and Malliswari. These two movies went on to represent the scope of art and cinema in the country at the first India International Film Festival and Asia Pacific Film Festival, respectively. Not only that, but this is the time when we got the classic film Mayabazar, which continues to be hailed as ‘the finest film from India’. It is also the first Telugu film that was remastered and coloured, in 2010. 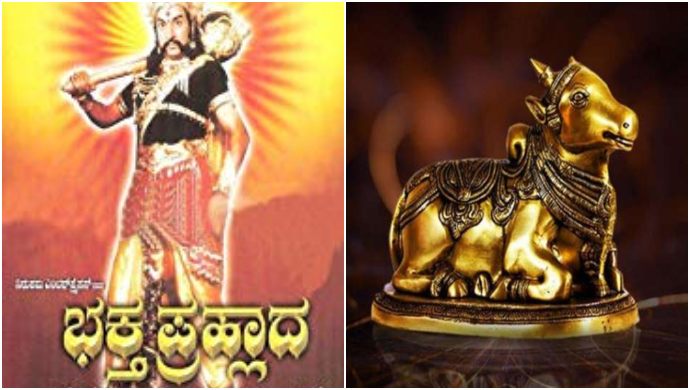 During the second decade, legendary sprinter Milkha Singh brought home gold medals from the Asian Games and Commonwealth Games, respectively (1958), the nation got its first female Prime Minister in Mrs Indira Gandhi (1966) and the Green Revolution (1965) was started by M.S. Swaminathan.

At the same time, Tollywood gave us so much more to rejoice about. For starters, we got the first generation of superstars. Akkineni Nageshwar Rao and Nandamuri Taraka Rama Rao (ANR and NTR)  were the first of the many who followed. In 1964, the government also started the coveted Nandi Awards to recognise and applaud talent in the industry. The finest version of Bhakta Prahlada, directed by Chitrapu Narayana Rao was released in 1967. The first talkie in 1931, the first silent film in 1926 and the 10 other remakes in three languages of this film, did not create the magic that SV Rangarao’s 1967 version did. 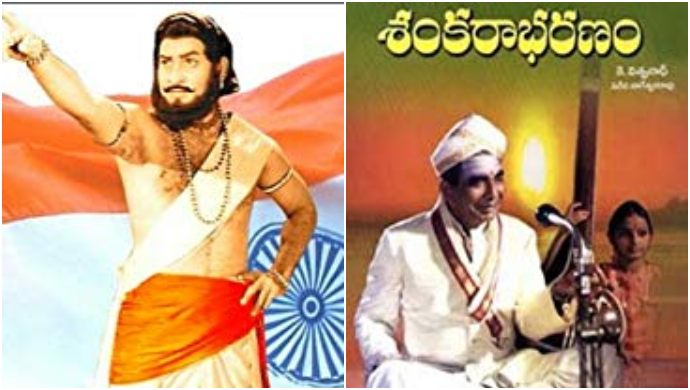 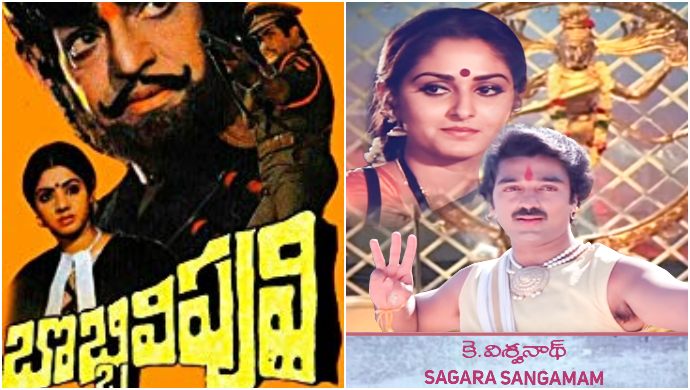 Shortly put, this was the decade of extra-ordinary achievements. India won her first World Cup in cricket (1983) under the leadership of Kapil Dev. Rakesh Sharma created his mark in space (1984) and Tollywood gave us Bobilli Puli (1982) which continues to remain the most gripping crime and courtroom drama, featuring the grandfather-granddaughter duo NTR and Sridevi in the lead roles. We also had Sagara Sangamam in 1983, starring two brilliant dancers Kamal Haasan and Jaya Prada. This film is still considered to be the finest movie based on human relationships. 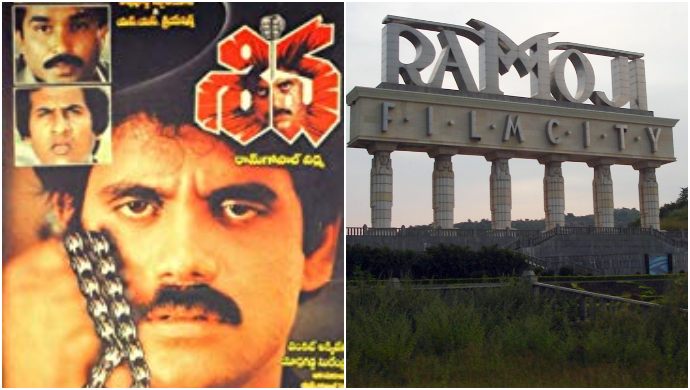 Say hello to the times of revolution! From Sachin Tendulkar’s debut (1989) on the international pitch in Karachi versus Pakistan to India’s move towards economic liberalisation (1991), this decade was an eventful one. In 1990, the legendary actor ANR was felicitated with the Dadasaheb Phalke Award. Around the same year, filmmaker DVS Raju contributed largely in shifting the base of TFI from Chennai to Hyderabad. Popular and controversial director Ram Gopal Varma gave the biggest hit of his career with Nagarjuna in Shiva. K. Raghavendra Rao’s 1992 film Gharana Mogudu became the first one to collect over Rs 10 crore at the box office. This decade also introduced us to the second generation superstars like Nagarjuna, Venkatesh, Chiranjeevi and even Ramya Krishna.

In 1996, the highly amazing and important Ramoji Film City was established as the largest film studio complex in the world. Spanning over 1,666 acres, it has 47 sound stages and many permanent setups. 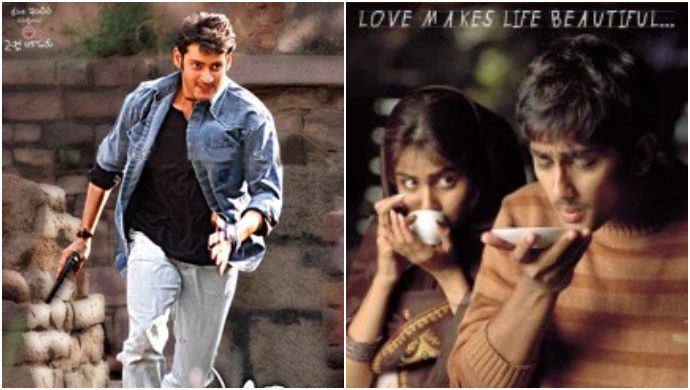 While the bravehearts brought home the victory of Kargil War (1999), Tollywood saw evolution. New faces and young boys had taken over the reins from their ancestors and brought a breath of fresh air. From light-hearted comedies to many, many romantic dramas, we met the heartthrobs — Uday Kiran, Allu Arjun, Jr NTR, Mahesh Babu and lady lucks like Anushka Shetty, Trisha, and more. The iconic 2006 film, Bommarillu starring Siddharth and Genelia went on to be the first film to have 72 prints worldwide and collected Rs 25 crore at the box office. 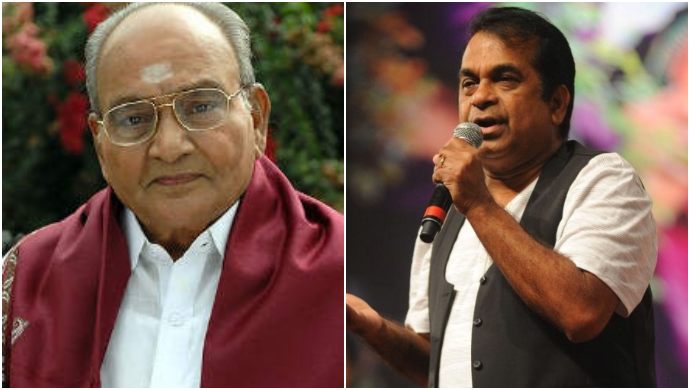 Last of the lot, for now! During this decade, our nation has brought in the Right To Education Act (2009) and launched Mangalyaan 1 (2013) on Mars, taking baby steps towards being a superpower eventually. And then, there were pathbreaking campaigns like Swachh Bharat Abhiyan (2014). Tollywood found due recognition and new ties were formed. In 2009, Brahmanandam made his way into the Guinness Book Of World Records for acting in the most number of films in a single language. In 2016, legendary director Kasinathuni Viswanath received the Dadasaheb Phalke Award. In 2011, Anaganaga O Dheerudu, starring Shruti Haasan and Siddharth brought in an interesting and pilot venture between Tollywood and the Walt Disney Pictures.

What are your most memorable events? What are you looking forward to? Let us know in the comments below. For more entertainment, check out Independence Day Special movies on ZEE5.