How to relinquish the fear of failure?

Let me narrate you a real story that can imbibe you towards garnering the authentic technique of conquering it. Have you ever thought that there can be consistency in chasing what you really aspire to be? Me neither. However, I am still trying to emerge as a consistent hustler, hailing from a background where my […] 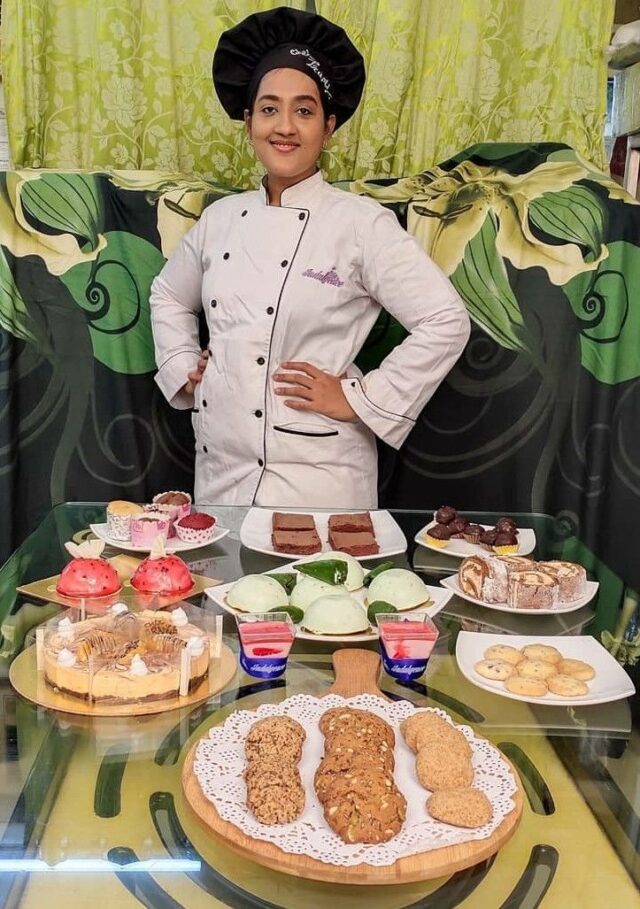 Let me narrate you a real story that can imbibe you towards garnering the authentic technique of conquering it.

Have you ever thought that there can be consistency in chasing what you really aspire to be? Me neither. However, I am still trying to emerge as a consistent hustler, hailing from a background where my mother Mrs. Priyanka Pherwani is an expert home baker, I envisioned myself to be an excellent patisserie chef. She received her first order 10 years back from an acquaintance at HSBC Bank of a chocolate cake.

When I saw her baking the cake, she wasn’t actually baking it, but sculpting it by the crafty finesse of her hand.

Since it was her first order, she told me that to receive this order was like a dream being achieved because it allowed her to have an Entrepreneurial instinct. I was really inspired by her response & started dreaming how we would be as a team if I too become a chef.

She might not be a professional cook holding a degree, but she is my ideal chef who still bakes scrumptious confectioneries & variety of desserts.

Dreaming myself to be a patisserie chef I started learning baking from my mother & eventually took up BSC (hotel management) at Kohinoor College, Dadar. After pursuing my course, I started my culinary career path with Sahara Star which volunteered me towards redefining my skill sets. However, post that my stint was at Orchid Hotel as a Pastry Chef which was amongst Asia’s First Eco-Friendly 5 Star Hotels. After working for 2 years in the 5-star hotel space, I decided to expand my horizon into the retail patisserie segment and received a opportunity to work at Moshe’s as a Patisserie Chef.

In the meanwhile, my father had a distinctive passion to start his own hospitality venture, with that foreseen ambition and gradual testing of my skill sets he decided to invest in a retail outlet for me. I was so excited but at the same time I was skeptical because it was a new journey I was being a part of. Once that was in the horizon, i decided to discontinue at Moshe’s.  We started our own Entrepreneurial journey in 2014 by setting up our own compact bakery shop named INDULGENCE which was located at Santacruz (W).

I was living the dream because I could unleash culinary creativity with maximum freedom and try different variants of cakes. There was a cold room inside my shop where I used to knead puff dough by hands to get the required flakiness. The cold room controlled the environment of chocolate garnishes & other sauce mixes. We had a loyal base of clients who were literature speaking schools, corporate offices, and residents residing in that area.  There was a constant buzz being evolved around Indulgence, as our product spoke about itself. People started spreading about our brand via word of mouth and we were gearing up for festival seasons. We received multiple bulk orders from Swami Vivekanand college for their leading event techvesit. Apart from that, we also met the food connoisseur Rashmi Uday Singh at the Times Food Guide Event & were also listed in the same. Initially, our customers found the products a bit expensive, but as they tasted it they got acquainted with the rich valuable taste that we are giving, while no one else was.

Consequently, our dream was short-lived as we had to shut down our shop in a year because of financial overheads. After this, I was in mournful despair which was filled with immersive sorrow as my pivotal dream had shattered. My dream was smashed to smithereens. How after a month of sabbatical, I decided that I cannot exist like this and started home baking again from where my mother began her journey.

In the year 2016, I received an amazing opportunity to work at the Royal Caribbean Cruise Liners as a Pastry Chef. I was so ecstatic and happy to be working at a Global Cruise Liner where I could refine my culinary skills at an exceptional level. I worked at the cruise liner for 3 months, however this journey was also short-lived as I met with an unfortunate Knee injury on the cruise. I had to come back and the doctors advised me not to exert myself. I thought I had failed once again and this time I won’t be able to climb the challenges of life, failure had struck me like an anchor and to diminish the heavy-weight baggage of failure it would be very difficult. This time there wasn’t any hope in my dream, there wasn’t an echo in my scream, but just an infinite wave of sadness running across my cognitive stream.

However, i said to myself that I cannot be in this form of procrastination I need to get up however deep the failure might be, as life is all about the mixes of failure and success. I can’t be crying on my failures all the time, I need to wipe off the tear of failure and transform it into the tear of success. I know it’s going to take time, but one day am going to emerge victorious

However, due to my positive instinct & infinite warm support by my family members, I regained my form back and started home baking from scratch. I know I couldn’t pursue my dream to that level of benchmark which I desired, but today, different mothers know me for different products which they specifically require Focaccias, Whole-wheat Cakes and Cookies, Allergy desserts which are customized as per their requirements. And that’s where my forte lies because I do not use ready mixes, artificial preservatives and the like which are not ideal for children. All my ingredients are premium quality which come from Amul Butter & Nestle Milk Maid. Hygiene is of utmost importance at Indulgence Home Bakers and we follow that tradition since the beginning. I am aware I could not pursue my dream extensively, but am still on a constant hunt of relentless hustle to achieve it with conviction.

Today, we are positioned as one of the boutique home bakers in Powai. Sponges and cakes are prepared from the scratch and that’s why the products at indulgence home bakers stand out amongst traditional stereotypes. Recently, We received the best home bakery of the year award and have also been nominated as the resilient entepreneur of the year. I have been a firm believer in utilizing top notch quality ingredients since the motto of Indulgence Home Bakers has been consistent and constant to deliver the “Highest Recall Tasty Value” with the edge of enriching it’s nutritive value since the beginning. Today, Indulgence Home Bakers is one of the most fastest growing home baking enterprise in powai which aspires to expand & emerge as the Undisputed Leader in the Dessert Space across India.

To conclude it, I’d like to enlighten & embark you with the secret ingredient of Never giving up on your dream and being consistent towards chasing it- is to conquer fear with relentless bravery and never stooping down even if you are at your lowest because that’s how you will be at the edge of a learning curve where imbibing great heights & experiencing downfalls will encompass you towards conquering what you desire. I think once you have experienced both the horizons completely, the grit of hard work & ray of humbleness will steer you towards a path of undisputed victory.