How Pragya, Preeta And Guddan Witnessed Second Marriages Of Their Partners On The Shows!

Births, deaths, separations hurt, but second marriages hurt the most! Watch how our beloved Zee TV bahus had to endure this big pain!

Many times in serials our favourite couples are separated by misunderstandings, time or incidents. But for some of the TV couples, they have had to endure their better halves remarrying. What’s worse is that it happened right in front of their eyes! Choti Guddan in Guddan Tumse Na Ho Payega, Pragya in Kumkum Bhagya and Preeta in Kundali Bhagya, had to witness their husbands’ second marriages and while this may sound like an interesting turn of events, we can only imagine the pain they must have felt.

Back when Guddan and Akshat were young and in love, and Akshat had finally accepted Guddan as his wife, his first wife entered the picture. Antara, who was presumed to be dead came back in Akshat’s life with evil intentions. She tricked everyone into thinking that she has a 6 year old daughter with him and made him feel guilty. Akshat then decided to marry Antara because of this guilt. Guddan watched, helplessly, as her husband went back to his first wife and no one was willing to listen to her. 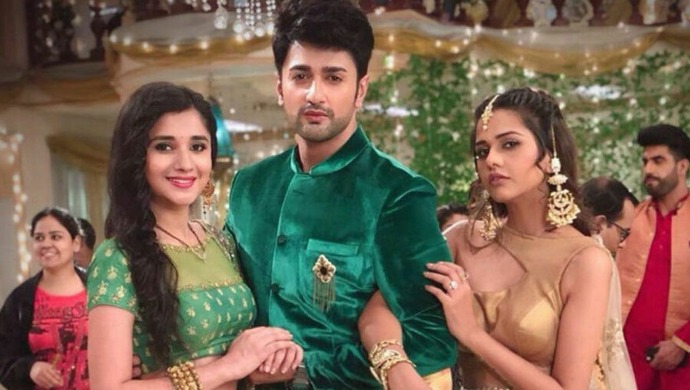 In the current episodes of Guddan Tumse Na Ho Payega, we see Chhoti Guddan prepping for husband Agastya’s wedding. While she’s sad with the new turn of events, she puts up a brave face and even dances on his wedding day. The recent turns of events have led them to part ways since he supports Guddan while Chhoti Guddan supports her mother-in-law.

In Kundali Bhagya, Preeta is forcefully married to Karan Luthra. After marrying her as an act of revenge, Karan decides to get engaged to Mahira. Right in front of Preeta, Karan performs several pre-marital rituals and berates Preeta constantly as a way to hurt her. When Preeta ovehears Mahira’s evil plans which involved killing someone, she takes Mahira’s place in the mandap and ends up marrying Karan again!

Kumkum Bhagya on the other hand is currently going through Abhi’s second marriage track. 20 years later, the two have met, and things have again gone sour. They love each other but cannot get themselves to be together. Such complications have always been there and Abhi’s wedding with Meera is only making things worse. While she’s upset with his wedding, she’s too egoistic to let him know that.

How fate has always played tricks with our beloved characters on the shows! If the vamps weren’t enough to wreak havoc in their lives, they also had to see their husbands marrying someone else.