Here’s How Shubhra, Sweetu, And Manasi Seem To Be Avoiding Their Biggest Problems Lately!

Zee Marathi serials are known for their dramatic twists and turns and their adorable and relatable heroines. As we go through their journeys and problems, we even learn to navigate ours. But some of the Zee Marathi ladies are currently in the same boat. Maybe not exactly, but Sweetu, Shubhra and Manasi are all having big problems in their lives that they are just not ready to tackle! Instead of focusing on their problems and making a proper and clear game plan on how to tackle them, they are worrying about irrelevant issues! Let us take a look at each heroine and we’ll explain why this is happening!

Aggabai Sunbai’s Shubhra had a very big revelation just one episode earlier when she discovered that a necklace in her husband’s cupboard was the same one that Suzzanne received from her boyfriend as a gift. When she confronted Soham about the same, he did not even try to deny the allegation and instead told Shubhra that she doesn’t deserve something so big and costly! He called her a dependant being with no individuality instead of feeling guilty and apologising for his behaviour. Of course, he did not openly admit that he did in fact give that necklace to Suzzanne either. But Shubhra should be smart enough to understand this. Instead of languishing about this and trying to tackle this problem, or even give it back to Soham, she just chooses to get on with her life after some tears!

She just goes back to her kitchen and runs behind Shubham as if nothing has changed! We hope Shubhra at least becomes more aware and hardens herself when it comes to Soham!

Sweetu is restricted by her mother and by her love for her family. She has chosen to stay by her mother’s decision instead of confessing her feelings to Omkar. Even when Vasant realises and takes her to Omkar’s house, she is not doing anything, only following her father to his house. When Malavika sends them away, Sweetu just accepts that Omkar has gotten engaged and decides to get on with her own engagement with Mohit. She is even ready to handle the dowry issue! Instead of being livid with anger at this request for dowry and instead of being heartbroken about Omkar’s engagement, she has chosen to worry about how to gather the money required!

We think that Sweetu needs to process her emotions and take some time to herself. Her hasty moves will not result in anything fruitful and she needs to think about herself as well. She should also have a conversation with Omkar and clear the misunderstanding because the fact is that Omkar is not engaged and Sweetu still has a chance!

Also read: Yeu Kashi Tashi Me Nandayla: Vasant Takes A Step Towards Omkar; Will Anyone Take A Step From The Khanvilkar Side?

Manasi in Pahile Na Me Tula 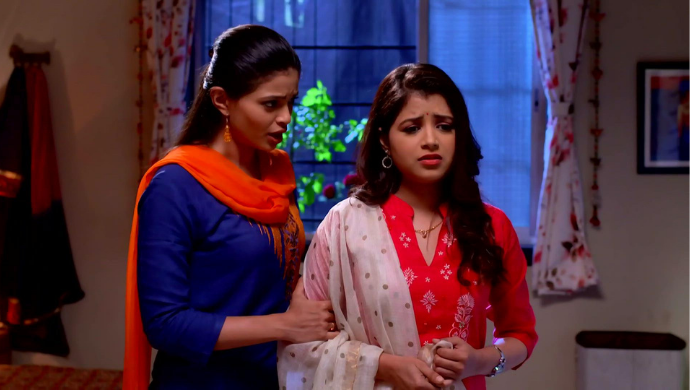 Manasi has been properly avoiding her impending wedding to Manohar and it is very visible. Sure she has other problems like Samar’s attention and her mother’s weak legs etc., but her most important issue needs to be Manohar and how to get out of this entanglement. She is already married and cannot marry again, let alone marry someone like Manohar who is extremely creepy and weird with Manasi. Instead of telling her parents the truth and getting on with it, she is busy at a workshop in a resort and is seen talking romantically with Aniket. Shouldn’t the couple be making a strategy to tackle the marriage issue instead of romancing on the phone?

We hope this new couple focuses on their problem ahead and try to get Manohar out of their lives or things could get even more complicated for Manasi!

Also read: Pahile Na Me Tula: With 20 Days To Go For Her Wedding, Some Problems That Manasi Needs To Tackle Ahead!

Which heroine do you think needs a wake-up call the most?