All you need to know about The Test Case actor Harleen Sethi.

Harleen Sethi is an Indian actress, anchor and singer. A trained dancer, her Instagram account is filled with videos showcasing incredible choreographies and Harleen performing gracefully.

Harleen Sethi was born on 23 June 1992, to a Punjabi family. She has a brother named Karan Sethi. She did her schooling from Jankidevi Public School, Mumbai. Harleen went to R.D. National and W.A. Science College, Mithibai College and Narsee Monjee Institute of Management Studies, Mumbai.

She is fluent in English, Hindi, Marathi and Punjabi. In her leisure time, Harleen likes to travel and read books. Her favourite author is Aastha Atray.

Harleen Sethi started her acting career in 2013 with the Hollywood film Country of Bodies: Bombay in Dance. A trained dancer, she initially worked with the Danceworx Performing Arts Academy in Mumbai.

The actor has hosted the show India Adventures that aired on NDTV Prime and NDTV 24*7. She has also been a part of the Lifestyle channel NDTV Good Times. Harleen has featured in many commercials for brands like Pears, Tanishq and Blue Star among others. 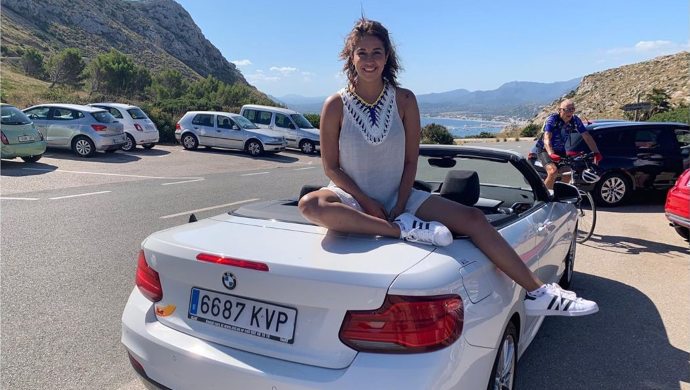 For all those who have been waiting to see me in action (“action” being the key word), here I am!! Rarely as a female actor you get a chance to portray strong and fierce characters rooted in patriotism, fearlessness and love for the country and this is the closest I could come to being and feeling one with the Armed Forces. Proud to be an Indian daughter and honoured to wear the uniform as MAJOR ZOYA ALI in the second season of one of my fav shows “The Test Case”. Also remembering the bravehearts, our unsung heroes today who gave up their precious lives so we could enjoy this precious freedom.. No amount of gratitude is enough 🙏🏼🇮🇳 Jai Hind! Happy 74th Independence Day @ektarkapoor @tarunkatial07 @samkhan @juggernaut_in10 @meghannmalik @altbalaji @zee5premium @sagarpp @manjitsachdev

Harleen is all set to play the role of a captain in The Test Case 2 on ZEE5. She will essay the character of the first woman in a combat role in the army.

The actress made her singing debut with Teri Hogaiyaan in 2019.

Get the ZEE5 Club Pack to watch selected popular web series and films and your favourite TV shows before they are broadcasted. All this only at Re. 1 per day.