Anish Kuruvilla’s Gods of Dharmapuri, Amrutham Dhvthieeyam and Meka Srikanth’s Chadarangam continue to be the Most-Watched Regional Shows on ZEE5.

The tradition of celebrating good art hasn’t gone out of style, even during the lockdown times. As the nation remains quarantined within the four walls, it is entertainment that keeps them at home and sane. As time passes, we are bound to get more irritable. But thankfully, ZEE5 has been providing us with unlimited entertainment. From free films to engaging original shows and even something for the kids.

Watch the trailer of Loser here:

On May 16, 2020, the OTT platform hosted its monthly award show named High Five With ZEE5. Amongst the several categories, one was the ‘Most Watched Regional Shows’. And, it comes as no surprise to us that three of the best Telugu original shows on ZEE5 have taken the lead. Gods Of Dharmapuri  directed by Anish Kuruvilla continues to be at the top. It first released on October 23, 2019. 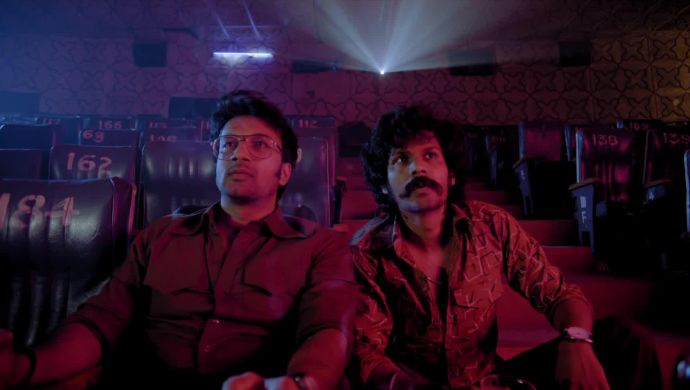 Next is Gunnam Gangaram’s sequel to the iconic comedy show, Amrutham Dhvitheeyam. This sequel was brought out on public demand and re-established itself almost after 13 years. Harsha Vardhan and LB Sriram take the leads as Amrutham and Anji, in this one. The actors playing Appa Rao and Shanta reprise their roles which Sathya joins as Sanju. A new episode surfaces bi-monthly on the platform.

Finally, Srikanth Meka-starrer Chadarangam wins big once again. The show, which released in February 2020, is ruling the charts. We quoted that this show has probably given Srikanth and Ravi Prakash, who plays a supporting character, the best platform to showcase their complete talent. It seems like the audiences agree with us, too. It is directed by Ran Anantha and produced by Vishnu Manchu’s 24 Frames Factory, marking the latter’s foray into the digital media.

This month itself, ZEE5 has launched two OTT film releases, AmurthaRamam and Raahu, along with an original show Loser. You cannot miss out on these.