Sharad Kelkar: From A Bloody Gangster In Rangbaaz Phirse To A Mellow Father In Darbaan To A Violent Husband In Black Widows, He Aces Every Character

Sharad Kelkar surely knows his character more than anyone else, sometimes even more than the writer does. And that has probably been the principle Kelkar follows which we see through his performances.

Sharad Kelkar’s performance as a tough gangster, Raja Pohgat in Rangbaaz Phirse forever earned him a place in our hearts but it was his evolution as a doting father, Anukul in Darbaan that solidified him as one of the finest actors of this generation. Essaying these two opposite characters perfectly is a great example of an actor’s evolution as an artist. The beginning is not always great for an artist but it is the journey that matters the most.

Kelkar made the most of the opportunities he got and he has surely grabbed everyone’s attention with his skills and most importantly with his personal view of a character and that’s something that makes an artist stick to his art. He surely knows the character more than anyone else, sometimes even more than the writer does. And that has probably been the principle Kelkar follows which we see through his performances.

Rangbaaz Phirse was a perfect blend of suspense, action, fiction, and realism. And it lives up to the power-packed performances by an ensemble cast. Sharad Kelkar plays the bad guy Raja which has shades of grey.  He is fond of his illegal business and he feels no need to justify it with reasons. Raja’s character as an antagonist of the story stands strongly against his hurdles. Sharad essays this role with utter perfection doing equal justice to the director and writer’s version of the character.

He surely adds his own perspective as Raja Pohgat but also never lets its true essence fall down. To play a negative character is quite a task as you have to deal with your personal ideologies too. But Sharad proved he’s good when it comes to balancing the character with a version of his own and that’s a reason why he impressed the fans with his stellar performance and successfully maintained his on-screen presence.

In Darbaan, Sharad has a little yet vital part to play. Here he plays Anukul, a doting father and at the same time, he’s a bestie to his family’s loyal servant Raicharan (Sharib Hashmi). The story of Darbaan left us teary-eyed, all thanks to the natural performances of the cast. Whenever Sharad and Sharib are on-screen as Anukul and Raich, they ooze the emotions out of you as a viewer.

In his little screen time, Sharad has managed to leave a lasting impression on the hearts and minds of the fans. He gets the emotional quotient on point and his portrayal be it as a doting father to Siddhu or as a best friend to his loyal servant Raichu, definitely has got every part right with his performance. Tagore’s characters come alive on-screens in the highly appreciated Darbaan.

In the latest dark thriller series, Black Widows, Sharad Kelkar plays the role of Jatin Mehrotra, a man who hides a dark secret. Previously in the show, he is shown as an abusive and toxic husband. Later, the plot reveals that he was not what he seemed and that his circumstances made him so. In this one show, he perfectly depicts the role of an abusive husband first, an angry man on the path of revenge, and lastly, that of a caring father of a daughter. He manages to ace all the different dimensions to his character. 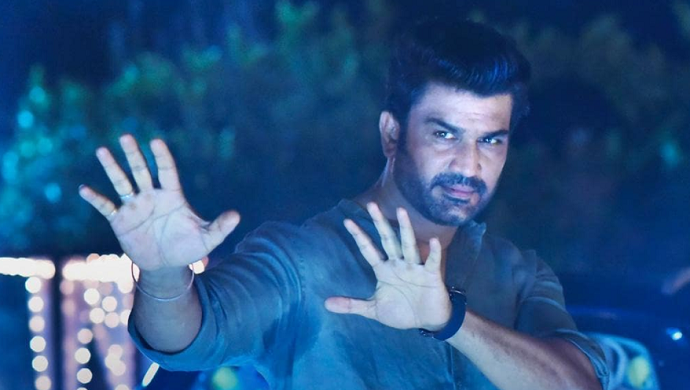