From Love Birds To Angry Birds, 6 Couples Who Turned Into Enemies Like #Sidni Of Jamai 2.0

These couples from ZEE5 shows and films, like Black Widows and The Power, were once deep in love, until they became enemies.

Whether it is a riveting revenge drama or an engaging spy thriller, the plots always get a lot more interesting when we get to see love getting involved. The involvement creates a sense of intrigue as the characters get into a dilemma of whether to let their love win or their vengeance. This eventually turns them into enemies, even if for a short while. Recalling some of the couples from ZEE5 shows and films, here is a list of characters who went from being love birds to angry birds.

Fondly called ‘SidNi’ by their fans, Siddharth and Roshni’s love began after Siddharth tried faking a love affair with Roshni, and eventually fell for her. His sole agenda was to keep an eye on Roshni’s mother, DD Patel, by being close to Roshni. However, he did really start loving her after a short while. But when she found out about his truth, she turned defensive about her family and hence, began their moments of anger and enmity, with both of them defending their sides. However, the two never stopped loving each other. 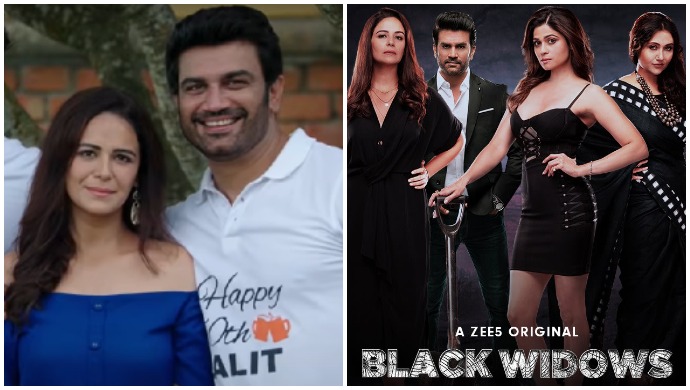 Veera and Jatin are a married couple in Black Widows, who go through a harsh time. Because of Jatin’s involvement with some conniving powers, he becomes stressed and enraged. Veera fails to see the truth behind his wrath and sees his actions as a threat to herself and her daughter, and tries to kill him. This begins a series of edgy moments between the couple, who were once full of love for each other.

In Poison 2, Aditya begins a love affair with Sara for his vengeance. Sara is unknown about the fact, and there comes a moment when Aditya is ready to forget his real plan and loves Sara truly. However, he also has a secret about his past, where he once did truly love Sara, but her scheme to destroy his life had made Aditya enraged towards her. Now in the guise of loving each other, the couple only aims guns at each other’s heads.

Also read: 8 Onscreen Detectives Like Agent Raghav, Abhay And Others Who Can Give Sherlock Holmes A Run For His Money

Ananya is a RAW agent in Lahore Confidential, who is tasked with staying close to a poet in Pakistan, named Rauf, to get help in foiling a potential terrorist attack that is planned against India. Amidst the spying, Ananya actually falls for Rauf, as the two connect well with their mutual love for shayaris. Soon, the truth about both of them surfaces and the love birds turn to enemies.

Yudhveer is a full of pride and cruel person in Dark 7 White. While he is trying to enter the world of politics, he meets Daisy, and the two soon hit it off. They get married, but Yudhveer’s complete focus is on the Chief Minister’s position, helmed by Daisy’s father. In his pursuit of the position, he kills Daisy’s father, turning her hateful and awakening her desire to kill Yudhveer.

Devidas and Parveen – The Power

Devidas and Parveen had been lovers since their days of youth, in The Power. While Devidas was the son of a mafia family, Parveen was the daughter of the family’s most trusted aide. When Devidas’ brother-in-law kills Parveen’s father by putting a false accusation on him, it makes Parveen seek revenge for her father, and she swears to kill everyone in the family, including Devidas.