10 Movies And Series That Show Us What Happens When #WhenHateTakesOver

These movies and shows tell us how harsh and terrifying things can get when hate takes over and when rage becomes a big turning point in the character’s stories.

While there have been multiple movies with the theme of love, we have also gotten many movies and shows with the theme of hate. These movies and shows tell us how harsh and terrifying things can get #whenhatetakesover. With the recent release of the film The Power, we listed some of such shows and films of ZEE5, where hatred became a big turning point in the characters’ stories. Have a look at seven such releases.

Black Widows is a show about three women who are stuck in abusive marriages and decide to retaliate against their husbands for their behaviour – by killing them with a bomb. Starring Swastika Mukherjee, Mona Singh, Shamita Shetty, Sharad Kelkar and Raima Sen, Black Widows tells us the tale of how the three women take action out of their hatred for the abusive behaviours that they have been through. While their hatred was justified, their actions get them involved in a darker journey with a bigger conspiracy.

Directed by Sriram Raghavan, Badlapur is a revenge story that shows how insane a person can become when hatred and vendetta reach their extreme points. Starring Varun Dhawan as the protagonist (Raghu) and Nawazuddin Siddiqui and Vinay Pathak as the antagonists, Badlapur narrates the tale of Raghu’s desire for revenge after his wife and son get killed.

NH10 was a pretty dark film with an intense plot. It narrated the tale of a couple, Meera
(Anushka Sharma) and Arjun (Neil Bhoopalam), who try to intervene with some goons who were going to kill a young couple. In the intervention, Arjun gets seriously beaten up and Meera sets out to get her revenge. When hatred for the goons takes over for her, she unleashes her fury.

Shaadi Mein Zaroor Aana tells a different story of hate taking over. Starring Rajkummar Rao as Sattu and Kriti Kharbanda as Aarti, the film revolves around the couple who are about to get married but Aarti ditches Sattu on the day of their wedding to pursue her career. In the hatred that has taken over Sattu, he works hard to become an IAS officer and raids Aarti’s house as the investigating officer after she is accused of accepting bribes. 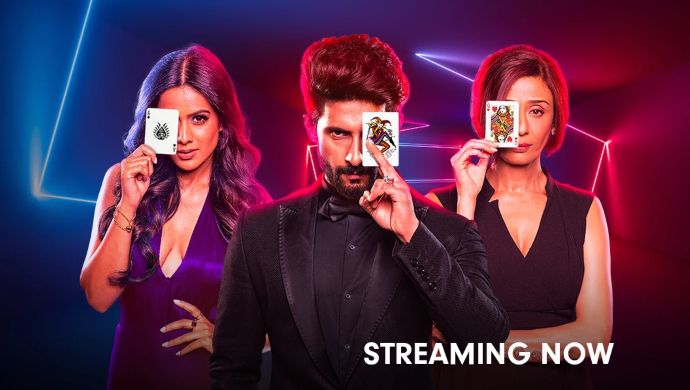 Jamai 2.0, starring Ravi Dubey, Nia Sharma, and Achint Kaur, is the story of Siddharth (Ravi Dubey), who is on a journey to get his revenge against DD (Achint Kaur). To be closer to her, he even gets into a love affair with her daughter, Roshni (Nia Sharma). While the relationship itself is built on the foundation of Siddharth’s hatred, the second season of Jamai 2.0 will take the hatred forward, when Roshni also begins despising Siddharth.

The series, Bicchoo Ka Khel, starring Divyenndu Sharma, is also a revenge story. Akhil Srivastava (Divyenndu) is a guy from Banaras, who has been booked for murder. While he calmly narrates the story that led him to become a murderer, he reveals how the powerful people of the system framed his father and got him killed. This event turned the cool guy into a person filled with hatred and vendetta.

Taish is the story of two men who cross paths on a dark note and begin a violent murder spree to get to each other. Sunny (Pulkit Samrat) and his friend Rohan (Jim Sarbh) share a dreadful memory from their past, which when resurfaces due to a goon named Kulli (Abhimanyu Singh), hate takes over Sunny’s mind and he beats up Kulli, almost killing him. Following this, Kulli’s brother Pali (Harshvardhan Rane), out of hatred for Sunny, seeks to get revenge. The series (also a film), then revolves around Sunny and Pali seeking vengeance against each other. 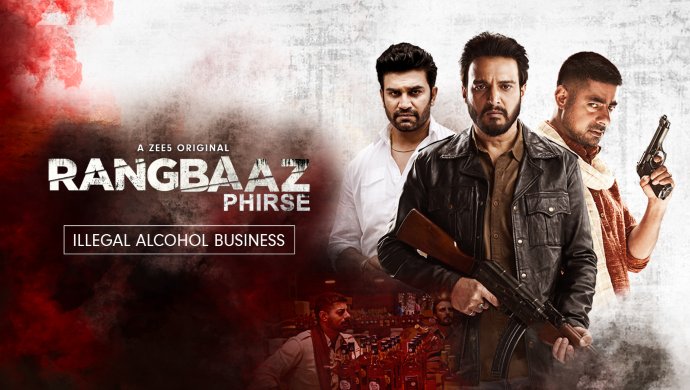 Rangbaaz Phirse narrates the story of a man, Amardeep Singh (Jimmy Sheirgill), who used to be a UPSC aspirant. After the system puts false accusations on Amarpal of being a criminal, an extreme hatred for the system grows in his mind. Due to which, he leaves his righteous path to become a hardened criminal, going against the established mafia in his region.

Sairat revolves around the love story of a young couple, Parshya (Akash Thakur) and Archi (Rinku Rajguru), who belong to different castes. Due to this difference, Archi’s family grows intense hatred for their own daughter and her lover. This hatred changes their life to a great extent. When the hatred takes over for Archi’s family, they turn completely unforgiving and merciless.

Directed by Mahesh Manjrekar, The Power is the story of a mafia family, who own a big criminal empire. The younger son of the family, Devidas (Vidyut Jammwal) is in love with Parveen (Shruti Haasan), the daughter of the family’s closest aide, Anwar (Zakir Hussain). When Anwar gets killed by Devidas’ brother-in-law by putting false accusations on him, hate takes over for Parveen and she vows to kill Devidas and his entire family.