The word “motherhood” paints the picture of an entirely new world filled with a multitude of duties. There isn’t a magic wand that can make a mother’s job any simpler. The children, on the other hand, regard their mother to be a magician who smiles no matter how much havoc they cause. Last year, we saw a slew of Bollywood stars and television actresses embrace motherhood. Many people eagerly accepted new chapters in their lives and gladly assumed full responsibility. After giving birth to a new life, a few actresses in the entertainment world decided to take a break from acting. Let’s take a look at them:

Anita Hassanandani gave birth to her first child in 2021. She has been at home and caring for the children since then. The actress also has no plans to return to work anytime soon. In an interview, she stated that she will return to work when she is ready. Her husband also stated that the actress will resume her career after some time.

In 2019, Mahhi Vij became a mother. Since then, the actress has shunned filming. She was reported in an interview as saying that she wants to work and be on the screen again. But it’s been more than four years and she hasn’t been seen. 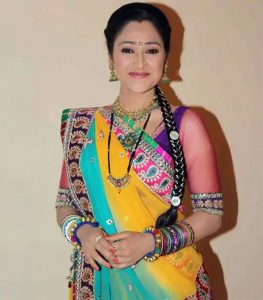 The actress, best known for her role as Dayaben in the sitcom Taarak Mehta Ka Ooltah Chashmah, took maternity leave and never returned to the show. Disha’s supporters, on the other hand, are still hoping to see her on the show. There have been rumors that she is expecting her second child, but no confirmation has been given.

Kanchi Kaul has terrific acting skills. She is Shabir Ahluwalia’s wife and is the mother of two sons, Azai and Ivarr. She hasn’t returned to the television since 2011.

After her marriage to Mohit Mallik, actress Addite Malik, who is also an entrepreneur, has been absent from the small screen. She recently gave birth to a baby boy named Ekbir and is embracing parenting. Mohit attributes his achievement to his wife Addite. She manages Homemade Cafe in Mumbai with Simple Kaul and another buddy.

Ankita Bhargava, Karan Patel’s wife, has a daughter named Mehr. She, too, has been absent from the television screens since becoming a mother.