Miss World Manushi Chhillar’s debut alongside Akshay Kumar gets a Diwali release. The actress points out the similarity with Om Shanti Om.

Miss World 2017, Manushi Chhillar is all geared up for her big Bollywood debut with YRF’s historical drama, titled Prithviraj. Manushi is going to be starring opposite Akshay Kumar while he essays the role of Prithviraj Chauhan. YRF recently announced the release date for this film and the it is scheduled to get a Diwali release. On this, the beauty queen pointed out the similarity between Deepika Padukone’s debut film, Om Shanti Om, which was a Diwali release as well.

Check out the video here:

Manushi who is new to the industry is getting her dream debut. While on one hand she is starring opposite superstar Akshay Kumar, on the other hand, her debut film is getting a Diwali release, which is considered to be one of the best times to release a film in India. 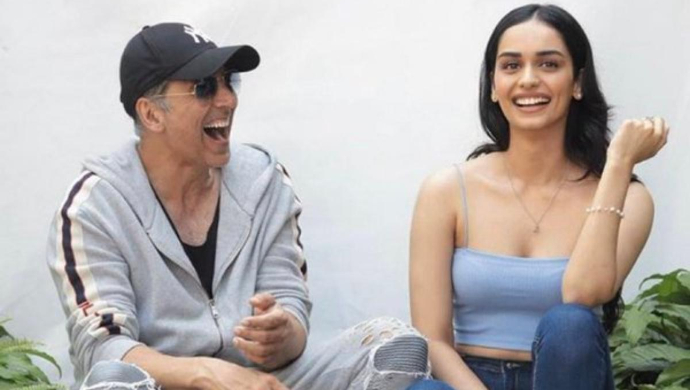 In an interview, Manushi was caught saying, “Growing up, I remember going to the theatre to watch a movie during Diwali. It was evident to us that one of the biggest films of the year would be released on Diwali and (watching films) was a community viewing exercise. Today, as my film has been slated for a Diwali release, I can only be grateful that I’m getting this launch by YRF.”

The 23-year-old beauty queen said that she’s always been passionate about acting and has given her best to the film. She also added that she’s hopeful that the film will do well, and the audience would appreciate her performance.