Expensive Things That Kangana Ranaut Owns Besides Her Opinions

Kangana Ranaut is known as the queen of Bollywood. Her controversies have stolen headlines, and that’s not the only thing we are surprised about. The actress has some luxurious stuff in her possession that makes her a wealthy queen

Kangana Ranaut recently starred in the Jayalalithaa biopic, Thalaivii, for which she earned praises and accolades from all over the nation. She was reportedly offered a whopping amount of Rs 24 crores for the film, the highest for any Bollywood star in the south industry. She essayed the role quite effortlessly, and the audience gave her thunderous applause for the same. While we know Kangana has received the status of a Bollywood icon, she knows where to spend her money.

Kangana loves to buy fancy things and is a proud owner of many expensive items. Here are the crazy costly things she owns that would take us a lot of time to purchase. 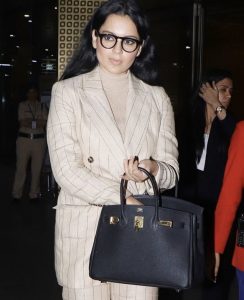 They say a Birkin bag is made for elite people, and you don’t choose the bag; the bag chooses you. Being one of the top Bollywood stars, Kangana also owns a Hermès Birkin bag. On a lot of occasions, Kangana can be spotted carrying the bag like her sweetest possession. The Hermès Birkin Bag costs Rs 12.6 lakhs, and it remains a sweet dream for some of us. 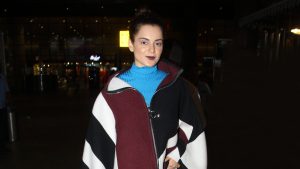 Kangana Ranaut, known for her best airport look, was once spotted in yet another expensive and exquisite look. She wore a poncho by the French luxury brand Louis Vuitton, with a blue turtleneck sweater. Her powerful airport look made it look more like a runway look. She wore it with Louis Vuitton Black boots. The two items cost her around 3 lakh rupees. 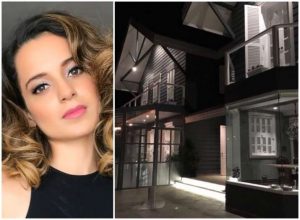 Kangana Ranaut hails from Himachal Pradesh and is a Pahadi girl. She has her roots in Manali and hence decided to have her home just at the heart of her state. Kangana has a bungalow in Manali. The house in Manali is an eight-bedroom house and is worth a whopping 30 crores rupees and is a luxurious one.

Kangana is a queen in many ways, and her luxurious lifestyle has shown us that struggle indeed brings rewards.