Priya narrates the story of how it was difficult to shoot during the lockdown but yet it was an achievement in a way!

Bhanwar is ZEE5’s latest release. The show is a sci-fi thriller and has a concept that is one of a kind! The concept of creating a time travel machine added with a murder mystery and drama is something that this snackable series is able to deliver! The show marks the debut of actor Karanvir Bohra as a director. Apart from Karanvir, Priya Banerjee plays an important role in the series. She is Kanika Makhija, a socialite and the wife of a big businessman. Kanika is hot and has secrets of her own! Read on to find out what Priya has to say about her co-actors, director, and her role.

1. Why did you choose a sci-fi genre Bhanwar?

Ans: Well, I have always been experimental when it comes to choosing scripts. So when Karanvir offered me this series I didn’t think twice. plus, Karanvir has always been more like family and that is why it was in my comfort zone.

2. What was it like working during the lockdown under limited resources?

Ans: It was a different experience. While close-up shots, we used to hold the light for each other. So no one was a senior or junior actor. We all worked as a team and we had a mission to conquer.

3. How different is Karanvir as a director and as a co-actor?

Ans: Karanvir is a superb director. He guided us all through his perspective. He is also a very supportive and helpful co-actor. I would definitely give him credit for my performance.

Ans: Uhm, I am not much like Kanika. So it was a bit difficult. But Kanika is this woman who has her hidden secrets and that makes her enigmatic and unique. I am an actress who loves doing such mysterious characters. 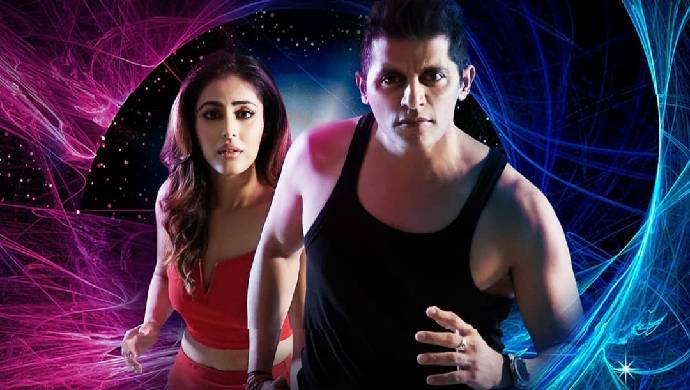 5. In the series, Ranvir suffers from bipolar disorder, what is your take on the current waves of mental health programs?

Ans: It’s more like an anxiety issue for Ranvir. I always ask people to vent out whatever they are feeling. This helps in staying calm and composed. Apart from that, I feel that Mental Health is a topic that everyone must take seriously.

6. Do you believe in time travel? What would you change if you could visit the past?

7. If you knew the future, would you want to change it?

Ans: Again no. I am a person who loves to live in the present and I am always excited about what surprise the future has in store for me!

8. How excited are you to witness Bhanwar on screen?

Ans: I am very excited. Mostly because it was such a rushed project. But I am really happy we were able to complete it within time and we certainly killed it!

Do you believe Priya when she says they killed it? Well, witness the magnificent series Bhanwar streaming with ZEE5 Club pack!