EXCLUSIVE: 12 Pics From The ‘Vikshakare’ Round This Weekend On DKDFW2 That You’ll Love

Hostess Anushree Is Always A Pleasant Sight To Behold 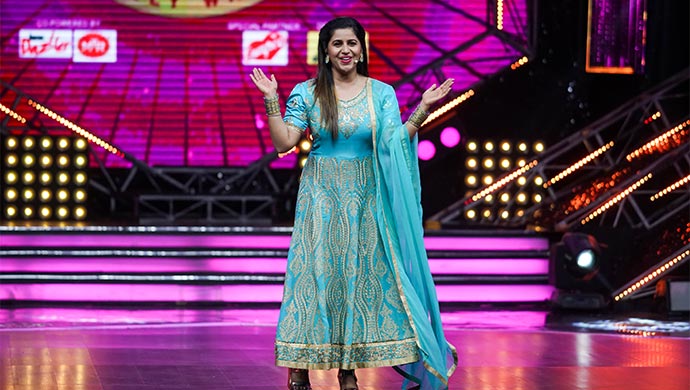 DKDFW2 is a superhit dance show that is aired on Zee Kannada and rocks the hearts of all fans throughout the state. Why? Because the show hosts our favourite celebs from the Zee Kannada Kutumba. So to watch them is a cool thing, but this weekend we have something even more interesting.

The channel came up with the idea to let the most passionate fans a chance to participate on the show with the contestants and the results were mind-blowing. But before the show airs its weekend episodes tomorrow and the day after I wanted to share some EXCLUSIVE pics from the upcoming episodes. Anushree is a delight to see at the beginning of each episode, isn’t it?

Have Your Ever Seen Rakshitha Prem Blush Like This? 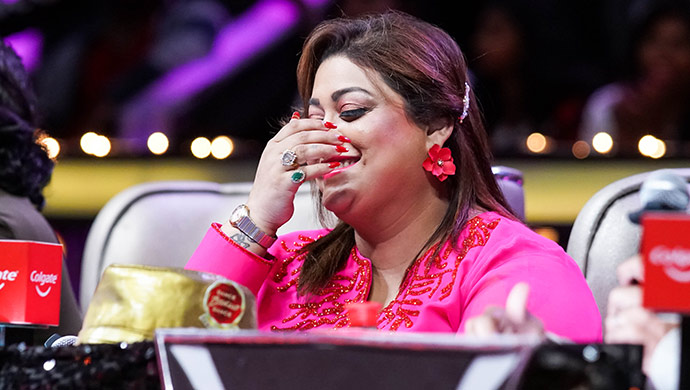 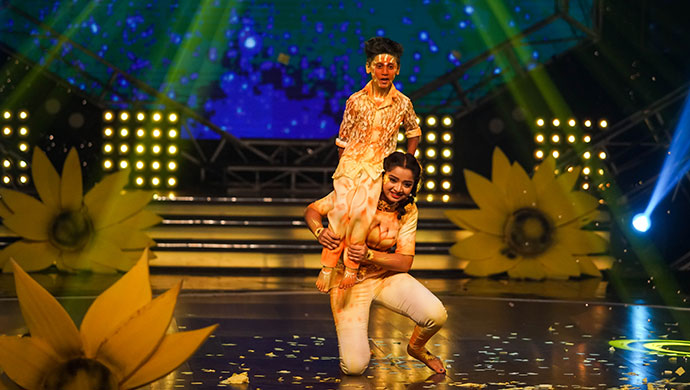 From the side of the fans, a sweet boy came on the show to dance alongside namma Adithi Manjunath from the show Gattimela. Want to guess what their performance will be about?

Ashok-Bhavani Have Got Their Dance Partner 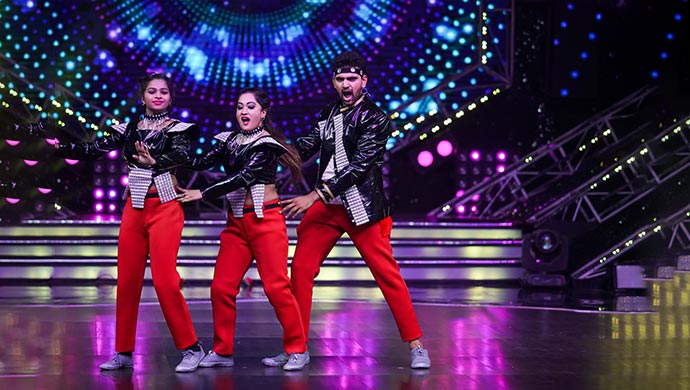 A young girl was invited to accompany Ashok and Bhavani from the off-air show Aathma Bandhana and they look like they are killing it on stage.

Another Emotional Performance By Hiranmayi-Soorya 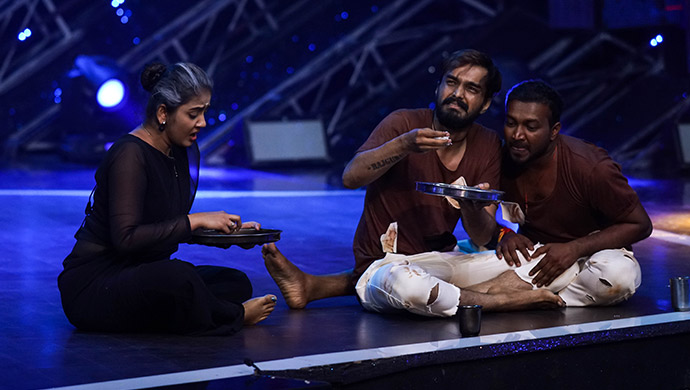 Majority of Soorya-Hiranmayi’s performances have had an emotional connect and almost always brings the audience in tears. This time too with an ‘Abhimani’ these two seem to have hit the right note. 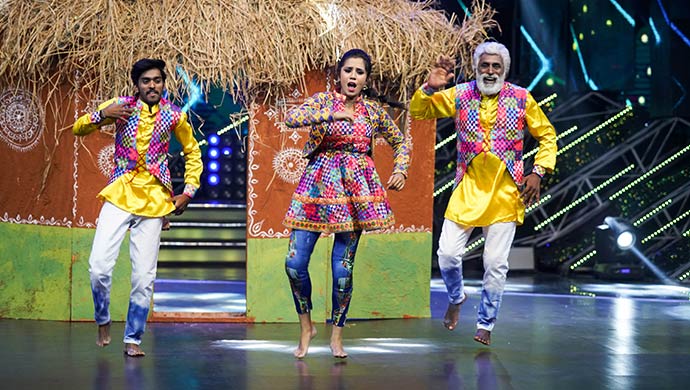 Once again like last week, Hanumantha and Shiny from the Sa Re Ga Ma Pa fame have been given a folksy song to perform. But what is awesome about this pic is that this thatha will be seen performing with them. Who he is and how he won the chance to come to the show will be revealed tomorrow, so don’t go anywhere. 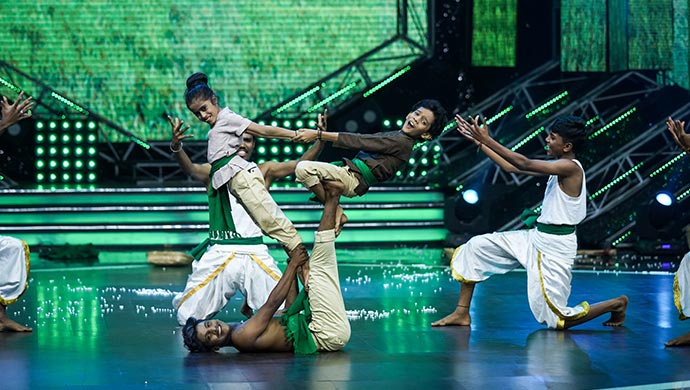 Dancing with their ‘abhimani‘ partner are little Prekshith and Anwisha, who are ex-contestants of Drama Juniors. Their stunts seem to keep the audiences quite attentive, so do you think they will get the ‘Fire-Brand-Performance’? 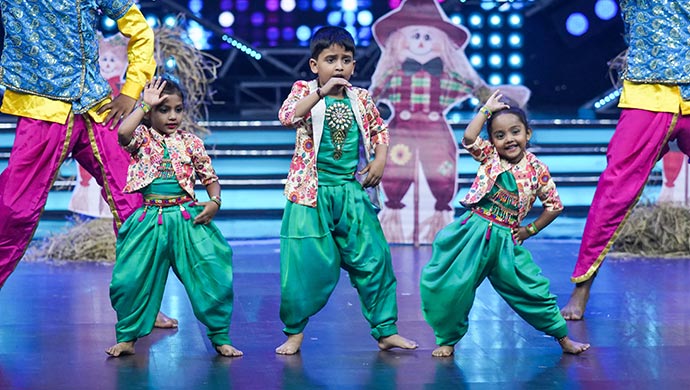 Guess who came to dance with the special contestants of the show? The identity of Jnana and Alaap’s new friend will be given out this weekend so I don’t know about you but I can’t wait to know more about her.

Anoop-Dimpanna Have Got A Dance Partner Of Equal Calibre 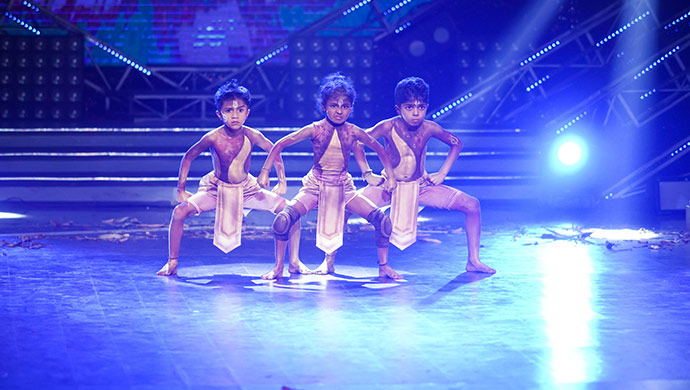 As you see in this image, the three have got their coordination right on point. Their makeup, stance and look are identical which may make you think that the third boy has been dancing with Anoop-Dimpanna for a long time but that’s not true obviously.

Suraj-Minchu Give The Audience A ‘Yakshagana’ Performance 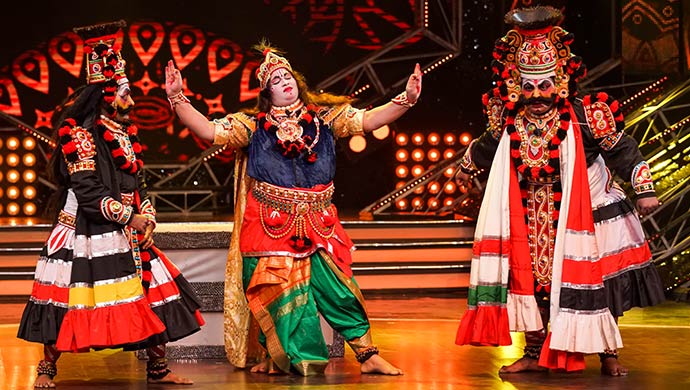 Yes! Most likely the third dancer in this group is a Yakshagana performer and helped the ex-contestants from Comedy Khiladigalu to try and perfect the art. Do you think this will call for a ‘Fire-Brand-Performance’ from the judges?

Is Pranathi Going To Be Absent This Week? 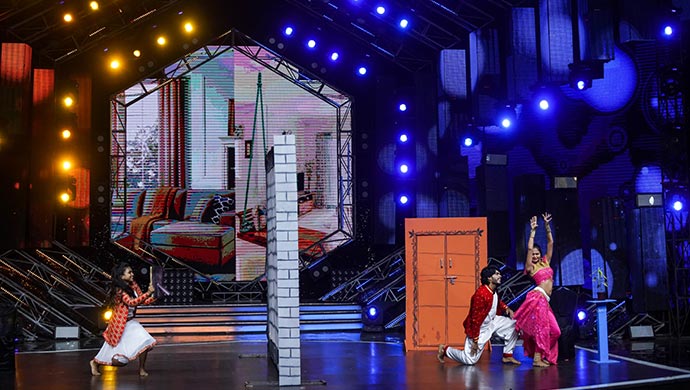 Dancing with Tejas from Kamali are two fans who won an opportunity to dance on the show and are they lucky or what? Since Pranathi wasn’t able to make it this weekend, Tejas got two beautiful dancing partners instead. 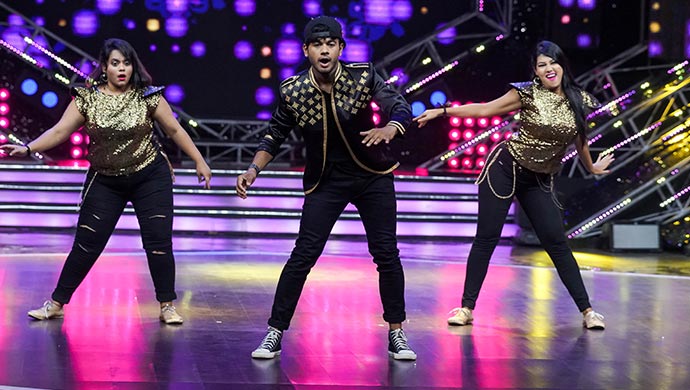 According to this image, Anika, Preethu and their partner look like they are shaking a leg to some robotic tunes and I seriously hope that they get the ‘Fire-Brand-Performance’, don’t you?

Watch the 8MM Bullet, now streaming in HD on ZEE5.