Ek Jhoothi Love Story is all set to premiere on ZEE5. It is a family show directed by Mehreen Jabbar and written by the very talented Umera Ahmed.

ZEE5 original series Ek Jhoothi Love Story is all set to premiere on October 30. The show directed by Mehreen Jabbar is a romantic comedy series written by the very talented Umera Ahmed. The plot revolves around Salma and Sohail’s lives and their quest of searching an ideal partner. It is a family show that explores various kinds of relationships in different generations. The show will be hilarious and you can figure that out from the bloopers of the shoot as the cast had created a very playful environment.

The blooper video of Ek Jhoothi Love Story begins with Mehreen cracking a joke on Kinza Razzak and Bilal Khan as they shoot a scene where Bilal looks behind as Kinza walks in front. She says that this is the ‘boyfriend being distracted’ meme. Later Madiha Imam who is dressed as a tree says talks about what people talk about actors. She adds that this is what you have to do sometimes.

In the next blooper, you will see a scene with a hilarious expectation and reality of an actor. Kinza is shown in the “expectation” part where she is dressed like a princess while Madiha is shown in the “reality” part where she is seen playing a tree. Furqan later in an interview says that the dogs are enjoying the show the most as they keep barking here all the time. To which Mohammed ji says that all these are Furqan’s friends who’ve come to greet it. 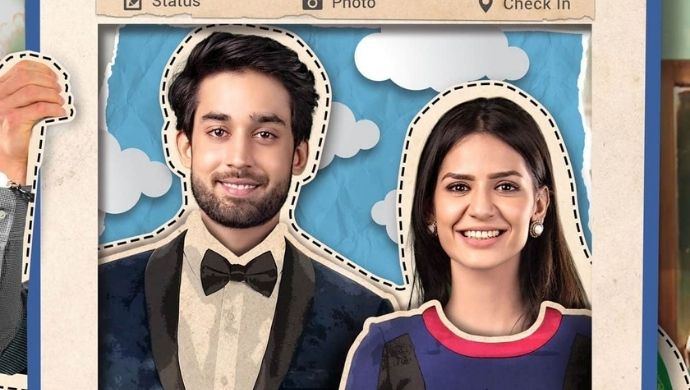 There is a hilarious scene where Mehreen yells in a funny way at Bilal and Kinza who seemed awkward while doing a scene. She said, “Stop being awkward even though you’ve just met” to which everyone laughs. You will then see Beo singing constantly with the crew as if she were a designated singer. Furqan seems to be a designated drummer as the cast dances to hit beats. She also sings to Mohammed ji and pulls his cheeks. Mohammed ji says, “Yeh kisiko nahi chodti”.

There was an incident that took place where Mohammed ji fell down. Furqan laughs after the incident and says that everyone laughed on the sets. Especially Mehreen who didn’t stop even after he said that. Madiha in a  BTS scene says that she is a focused actor but later dances anywhere and everywhere she is spotted. Furqan is given a lapel mic which he puts in his mouth and everyone calls his disgusting.

Watch the latest original series and movies only on ZEE5.