Diwali 2020: Take A Trip To The Ayodhya Of Yore And Learn All About How Diwali Was Celebrated

As India is gearing up for one of the most significant and major festivals of the country, Diwali, let’s take a cultural trip to Ayodhya and take a sneak peek into the centuries-old traditional way of the celebration.

As one of the most prominent festivals of India, Diwali, is around the corner, Ayodhya is gearing up for a grand celebration. The celebrations were kicked off with Deepotsav celebrations on Wednesday as the whole city was decorated with lights. This is the first time since the Supreme Court’s order for the Ram temple construction in the holy city that such a celebration will take place. As India is known for its diversity, it might surprise you that in different regions of the country the festival is celebrated according to different stories, One thing that is common in all is that it marks the victory of light over darkness. On the occasion of Diwali 2020, let’s take a cultural trip with us into Ayodhya and get to know more about how this festival has been celebrated there over the years.

Coming to the Diwali celebration of Ayodhya, it is always arranged on a grand scale as it symbolises the return of Lord Ram, Goddess Sita, and Lakshmana from 14 years of exile. According to Ramayan, Lord Ram and Sita returned in the night and it was a moonless night. To welcome their king, the residents of Ayodhya lit numerous diyas on the doors of their house and decorated the entrance with colourful rangoli. Coming to the name of the festival, derived from the Sanskrit word dipavali, it means “row of lights”.

“If Diwali is about the return of Lord Ram, then why do we worship goddess Laxmi?”, is this thought creating a whirlwind in your head? No worries, we have got your back. It is said that the first thing Lord Ram did, after his return, was worship Lord Ganesh and Goddess Laxmi, which gave birth to this tradition. Interestingly, Lord Ram’s wife Sita was also an incarnation of the goddess Laxmi. 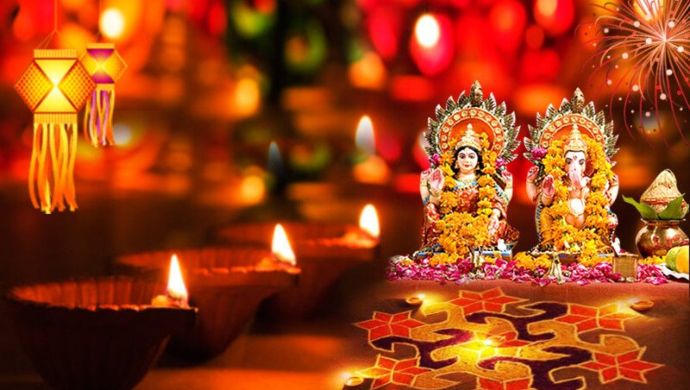 Following its century-old tradition, preparations are underway for this year’s ‘Deepotsav’ celebrations at the Ram ki Paidi in Ayodhya. For this year’s celebration, the venue is already decorated with diyas, paintings and rangolis. This year, around 5.51 lakh earthen lamps would be lit at Ram ki Paidi ghats. colourful tableau and various traditional dances will be performed at the Shobha Yatra. The yatra will be followed by the Deepotsav on the Ram Janmabhoomi site.

Stay tuned to get all the updates of Ayodhya’s Deepotsav for this year, and take a peek into how the festival will be celebrated across the country on ZEE5.