Did You Know About Shah Rukh Khan’s Swanky Car Collection? You Can’t Afford To Miss This

Shah Rukh Khan loves his set of Hot Wheels. No, he’s not a fan of those toys. We’re talking about his expensive cars. And yes, he has a lot of them. One celebrity we know has seen his stardom go to different lengths

Bollywood celebs lead their life king-size, and their luxuries have no end. From taking exotic vacations to owning various expensive properties around the world, they have it all. One celebrity we know has seen his stardom go to different lengths. His wealth is unmatched, and he lives an extravagant life and is King Khan. So here we are, with Shah Rukh Khan’s car collection – 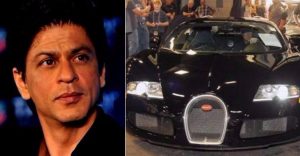 Bugatti Veyron is an Italian car that is no longer produced and is reportedly the most expensive car in the actor’s collection and was once the most expensive car in the world. Priced at approximately 12 crore Indian rupees, the car is one of the best sets of wheels out there. If you are a car connoisseur, you would know about the fantastic speed of the car. This car can reach 100 kilometers in just 2.4 seconds and has a top speed of 430 km/h. Despite being discontinued, the vehicle is owned by very elite people. 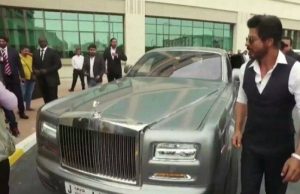 The Rolls-Royce Phantom Coupe defines luxury, and literally, every rich man on earth wants it. Priced at a whopping Rs 9.5 crore, this set of hot wheels comes with a 6.8-liter V12 engine that generates so much power that if you ever had to reach your girlfriend’s home when she calls you, you’d be literally there in a minute. Reportedly, Shah Rukh Khan paid seven crores for this car. 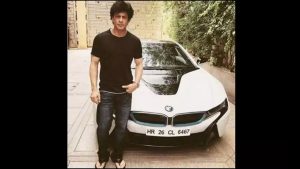 The Bentley Continental GT is the perfect mix of fun and luxury. This is another car in Shah Rukh’s possession that is not in use. This car was not produced after 2014 and is one of the most exclusive cars in the world. Not many have this car, but India’s top celebrities, Amitabh Bachchan, Virat Kohli, and Shah Rukh, are some people who have it with them. The car costs around four crore rupees.

Shah Rukh Khan has worked hard to reach where he is today, and he’s an inspiration to many.