From their disturbing techniques to heinous crimes, Ajit and Dr. Mabuse are no less than long-lost brothers. Here are 5 reasons why we believe so!

The Dr. Mabuse film series and Devmanus both have a modern-age evil Mabuse and Ajit respectively in the spotlight. These characters are criminal-minded opportunists who take advantage of a flawed society. Mabuse and Ajit’s stories are somewhat on similar lines. From their disturbing techniques to heinous crimes, these characters are no less than long-lost brothers. The viewers love to hate these villains but also find themselves completely hooked on their stories.

So, here’s taking a look at 5 ways how Ajit resembles the supervillain, Dr. Mabuse.

If not by his brilliant disguises, Dr. Mabuse would have never accomplished his cruel plans. From morphing as a local gambler to a government clerk, Mabuse has his ways to trick people into his act. And that art of disguising made him one of the devious criminals of the town. Similarly, in Devmanus, Ajit hides his past heinous crimes in the guise of a dutiful doctor. And that’s the reason he has been able to build up his imagery as a Devmanus (God’s messenger).

Their flawless disguises always keep them ahead of their only enemy, i.e., the law enforcement.

With a delightful name, Dr. Mabuse has emerged as a modern-age evil. From gambling dens to law forces, Mabuse’s network is far wide and he sustains his good-man imagery in the outer world. However, in his personal space, he is quite self-conscious and determined towards his immoral acts. And that’s what makes him a criminal mastermind of a fictional world.

Based on the similar lines, Ajit is a step ahead when it comes to his criminal acts. He knows his arena well and has always managed to accomplish his devious plans. 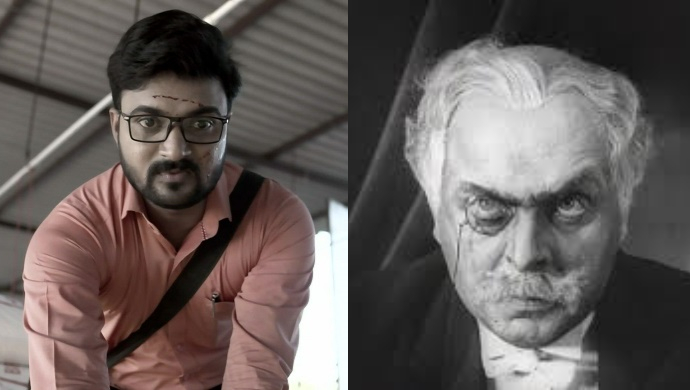 Both Ajit and Mabuse follow the victim-hunting method and have made fortunes out of it. Though their technique is the same, they are distinguished by their personal choices or character traits. While Dr. Mabuse uses his hypnotic powers to trap the victims, Ajit forges a love affair with his victims before hunting them down. Their greed of power and money made them delve into the crime world deeper.

Escaping From The Law!

The only problem that comes in the way of Mabuse is the chief-inspector Norbert who’s determined to catch him. Though Mabuse emerges as an influential personality, Norbert’s righteous persona keeps the former on his toes. And in Devmanus, while Ajit has become a demigod for all the villagers, ACP Divya is solely going against him.

To be precise both these characters are always seen escaping from the law.

Preying Over The Flawed Society

Just like Dr. Mabuse, Ajit is an evil opportunist who preys over the flawed society. In the Mabuse film series, we see how people get manipulated by the government and fail to maintain unity. And our supervillain Mabuse uses this opportunity in his favour, completely changing his life.

Something similar we have seen in Devmanus where Ajit tricks people by manipulating them. For instance, when he spread false rumours against Manjula, the villagers treated her as an outcast.