Deepika Padukone is the queen of many hearts. She carries herself with poise and confidence. The actress’s fashion game is always on point and the fans just love to admire her alluring beauty. Deepika Padukone is a fitness enthusiast and an inspiration for her admirers. The actress has a huge fan following and never fails to amaze her fans.

Recently, Deepika was spotted outside a dubbing studio today where she wore long loose white full sleeves kurta and leggings with a white cap. The actress wore her hair in a messy bun. Deepika is rarely seen wearing a cap but when she does, Deepika just slays it. Her whole white ensemble outfit was quite unique and now will surely become a trend as whatever the actress wears becomes a style. Following the covid-19 norms, The Piku actress wore a white mask that matched her outfit. Deepika had a no-makeup look going on. The actress was captured by the paps while she was leaving the studio. 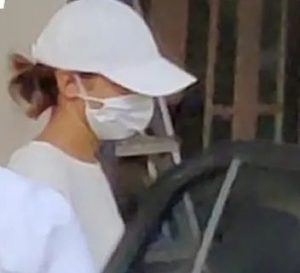 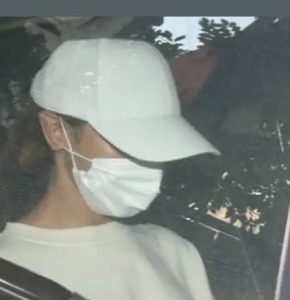 Deepika always wears chic and cool outfits, be it casual, ethnic, or party wear, she nails all the looks. She was spotted some time back while roaming out and about in the city.

Ranveer and Deepika are the hottest couples in B-Town and their chemistry is just mesmerizing. Ranveer is often found to be protective of his wifey, Deepika. Recently, when they had gone for their 3rd anniversary to Uttarakhand, the fans were crowding their chopper to just get a glimpse of them. Amidst this Ranveer came to Deepika’s rescue. Even a video of them had gone viral, where Deepika was seen stepping out of the car and fans crowded her.

(Also Read: Throwback: Deepika Padukone Reveals How Her Relationship Was With Ranveer Singh When They Weren’t Married)

On the work front, Deepika Padukone will be seen in many upcoming movies like Fighter alongside Hrithik Roshan, and in Pathan working with Shahrukh Khan and John Abraham. She will also work with her Hubby, Ranveer Singh as his wife in the movie 83 and this is the most exciting news for their fans.