Deepika Padukone has started prepping for her upcoming Hollywood film. The rom-com film revolves around her as a central character.

The project will be a “sweeping cross-cultural romantic comedy” with Deepika in the pivotal role and the entire Padukone-Singh family is rooting for it already. Sources claim that the actress has already started prepping for her role in the film, as the film revolves completely around Padukone as a central character, Deepika is ensuring she is leaving no stone unturned in her bid to make sure this rom-com the best thing to hit Hollywood. 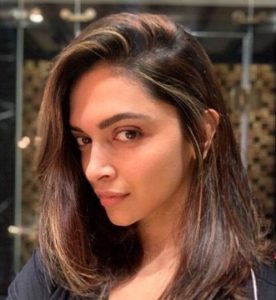 It is a well-known fact that Deepika Padukone is one of the biggest global stars from India and her fans have been waiting patiently for her next since her Hollywood debut in 2017. Seeing Deepika’s dedication and zeal towards her work, the production how has been impressed, “She (Deepika) has been a phenomenal success in many Eros International films, we are thrilled to be building a romantic comedy with her and our friends at Temple Hill”, exclaimed Adam Fogelson.

Speaking about the projected Padukone confirmed, “Ka Productions was founded with the aim to develop and produce purposeful content with global appeal. I’m thrilled to be partnering with STXfilms and Temple Hill Productions, that share Ka’s ambition and creative vision and look forward to bringing impactful and dynamic cross-cultural stories to the world.”

Last year’s acclaimed drama Chhapaak marked the first film of Ka Productions, which has also backed films like the upcoming Kabir Khan directorial 83 and the forthcoming Hindi adaptation of the Hollywood movie The Intern.