These contestants are going to entertain you and win over you in the upcoming weeks, you better get introduced properly!

Zee Marathi has started a whole new body positivity campaign and the channel must be saluted for it! The channel has recently introduced a show Dancing Queen – Size Large Full Charge, and no the ‘Size Large’ term is not meant to mock but in fact, it is there to cheer for talented people who struggle with weight issues. Bodyweight and fitness are two completely different concepts. One can be extremely fit and still be genetically built to be on the heavier side. This is why the channel’s new dance reality show is creating a wave of applause even before it’s launch. The show is meant to showcase the talent of women dancers who are exceptional and skilled. Here is the much-awaited list of contestants!

Watch the trailer of the show here.

1. Deepali Abu Nimale: Deepali’s life has been full of struggles but she is determined to face it all with strength. From belonging to a lower-middle-class family and dropping her studies for dance, Deepali has faced many more troubles in the 24 years of her life. She is an exceptional dancer and has been dancing for eight years! Deepali comes with her heart full of courage and eyes full of dreams.

2. Deepti Nair: This happy-go-lucky contestant promises to bring a lot of cheer to the stage. Deepti has specialised in Bharatnatyam and Mohiniattyam. She is close to her mother and mother-in-law and says that she is a great dancer because of these two role models of her life! Deepti is a classical dance teacher and we can’t wait to see her perform on stage!

3. Sangeeta Tammatta: The girl who has 50+ trophies and knows more than 10 dance forms is just 17 years! Do you believe this? Sangeeta wants to fulfill her mother’s dream of performing on stage. Sangeeta also has her own dance studio! 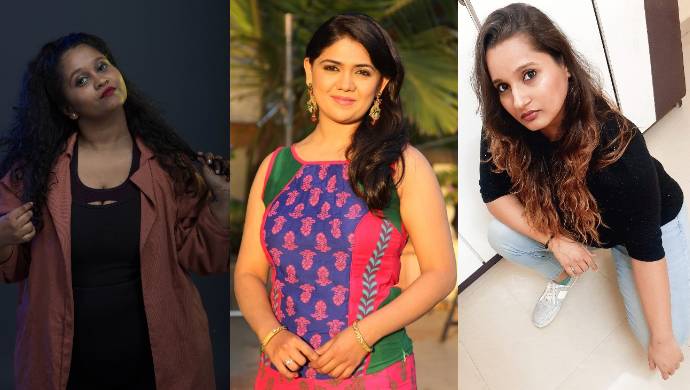 4. Siya Shweta: The dancer who has faced a lot of flak for her body weight issues is on the center stage now owing to it! Siya’s journey has been a tough one as she had bear taunts and criticism but she held onto her talent of dancing which brought the Bharatnatyam graduate to Dancing Queen!

5. Neha Deshpande: This dancing queen serves as a professor and belongs to a well-educated background of Pune. She has spent her childhood at Jejuri and currently stays in the city, while her parents stay at Kolhapur. Neha has faced low self-esteem issues due to her weight. But we hope that she shines and shows her talent on the show!

6. Shivani Gawade: The damsel is trained in jazz, hip hop, contemporary, and other western dance styles. Shivani says that she has never been ‘slim’ and her mother as well her mentor always pushed her to achieve her true potential despite being on the ‘heavier’ side. All the best Shivani!

7. Sneha Deshmukh: A Bharatnatyam dancer, Sneha has always been inclined towards the entertainment industry. The dancer has previously acted in a daily soap but has faced criticism due to her weight. We hope that you win everyone over with your performance Sneha!

8. Apurva Undalkar: Apurva belongs to Ruparel College and she shares a unique relationship with the show’s host Adwait Dadarkar. Yes, she calls him Adwait Dada and has even worked in one of his dramas as he was her senior in the college. Apurva comes to the show with aiming the trophy. 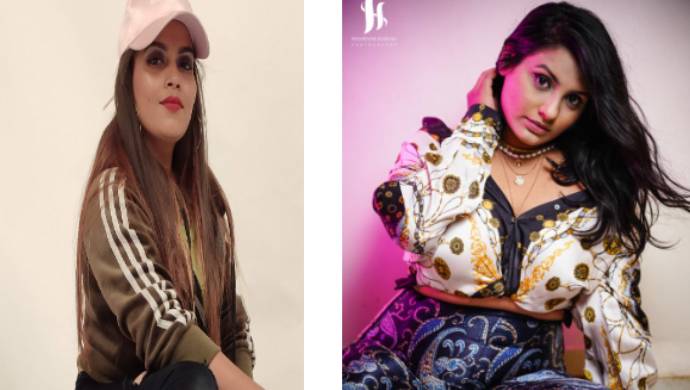 9. Tanushree Suhas Diwan: The Dancing Queen has seen a lot of ups and downs in her life. She has faced a leg injury and extreme weight gain but fought it all to emerge as a warrior. Tanushree has performed in various art competitions and exhibitions.

10. Sayali Raut: A folk dancer who learnt Bollywood just by watching them dance on television, Sayali stands strong on her opinion that weight does not matter if the person is talented. She also believes that talent covers all imperfections! Sayali, we are cheering for you!

11. Tejaswini Kurade: Tejaswini belongs to Kolhapur and wants to become an actor and dancer. She wants to fulfill her father’s dream of becoming a renowned dancer. Tejaswini has a boyfriend that her parents know about but her relatives don’t. More power to you Tejaswini!

12. Shagun Gupta: Shagun is from Punjab but currently stays in Pune. The young IT engineer believes that weight has nothing to do with fitness and can easily do squats with a weight of 70 kgs and even perform a split! Wow, we are already in awe of Shagun!

13. Dhanashree Deshmukh: Dhanashree is a wonderful girl who says that she has gained confidence in herself after she got support from her husband and family. She is a belly dancer and is trained in art!

14. Poorva Kolhe: Poorva is a dancing queen in her own way. She has faced odds in life and come to the destination of the reality show. She is trained in western and semi-classical dance forms. Poorva wants to become popular and support the cause of body positivity.

15. Pranali Chavan: Pranali calls herself a ‘Puneri mulgi’. She belongs to the city and has grown up there. She loves to dance and has devoted her life to it. Pranali has been working as a background dancer in Bollywood and Marathi stage shows.