Roadside Attractions and Samuel Goldwyn Films have acquired the U.S. distribution rights for Aline, a biopic based loosely on the French Canadian chart-topping Celine Dion. The critically acclaimed Aline premiered out of competition at the Cannes Film Festival.

Celine Dion, Canadian singer noted for her powerful and technically skilled vocals has her biopic set to release. One might know Celine Dion from her famous Titanic song ‘My heart will go on’.  Dion’s music has been influenced by genres ranging from rock and R&B to gospel and classical.

“Aline,” the biopic loosely based on Celine Dion, has been acquired by Roadside Attractions and ‘Samuel Goldwyn Films’ for U.S. distribution (source: variety). The critically acclaimed musical comedy-drama world premiered out of competition at the ‘Cannes Film Festival’. It will be released theatrically in the U.S. in early 2022. 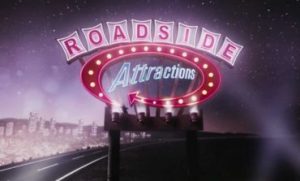 Gaumont will release the film on Nov. 10 in French cinemas. (The movie was meant to have launched last year but faced delays from the closure of cinemas due to the pandemic.) With a budget in the $25 million range, “Aline” is one of the biggest and most anticipated French films slated for this year.

Who is the Director?

Lemercier, one of France’s most popular actors and stand-up comedians, directed, co-wrote (with Brigitte but) and stars in the film as Aline Dieu, a singing prodigy (who is meant to be Celine Dion) who grew up in 1960s Quebec surrounded by her tight-knit family of 13 siblings.

Aline Dieu, literally translates from French to “Aline God,” and what makes the film even more unusual is how the 57-year-old Lemercier even in one moment plays Dieu at age 12.

When a famous producer, Guy Claude (who is meant to be René Angélil), discovers Aline and her golden voice, he sets out to make her the world’s greatest singer. The crowd-pleasing film charts Aline’s life journey from her childhood through to her sudden rise as a global superstar, showing her impressive transformation. The movie closely details Aline’s relationship with her producer and mentor, who became her husband, while showing her navigating a busy career and motherhood.