Celebrating Triumph of Good Over Evil This Dusshera, We Would Want These TV Heroines to Finally Stand Up to Their On-screen Bullies

On the occasion of Dussehra, there are leading female characters from Zee shows who need to stand up to their on-screen bullies.

On the occasion of Dussehra, devotees worship Goddess Durga and celebrate Ravan Dahan. It symbolises the victory of good over evil. Similarly, in various television shows, there are villains disguised as trustworthy beings, who have been stepping over the innocence and ethical behaviour of the protagonists. So, to mark this event, we have mentioned characters from Zee series’ and how they need to stand up to their on-screen bullies. Read on:

Luthra House, and specifically Preeta, has to suffer a lot due to the obsession and criminal mind of Mahira. As she pleads to stay there with her crocodile-tears, Preeta does not feel a thing. Meanwhile, Mahira tries to ruin Preeta’s image in front of Karan, before she tries killing his father. But it comes to Preeta’s notice, who leaves no stone unturned in making Mahira’s plan fail. While Preeta is doing everything to keep the villain out of Luthra House, she will have to stay mindful of Mahira, who can go to any extent to return.

As everything in Kajal and Anshuman’s relationship starts falling into place, his aunt emerges as the villain. She not only influences Anshuman but also leads him to make Kajal lose her eyesight. However, Kajal trusts her fiancé to the extent that she chooses not to see how he tries to hurt her. Kajal, who is a daughter of a celebrity, needs true love and efforts to create her career. On the other hand, Anshuman plans to use her for his needs, and gain the sympathy of the audience for growth. So, Kajal needs to open her eyes to whatever is happening around her, and question Anshuman’s actions. 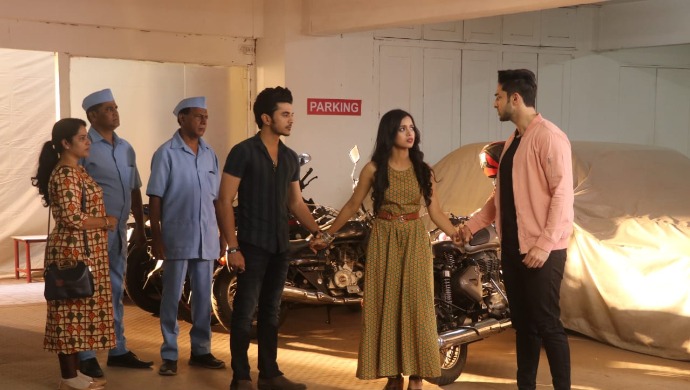 Everybody starts blaming Prachi for Rhea’s suicide attempt, including Abhi. Poor Prachi burdens herself under the blame of her near and dear ones. However, Rhea used to envy increasing closeness between Prachi and Ranbir. She even tried to hurt Prachi in every way possible, while unable to contain her emotions. This time, we would like Prachi to stand up against Rhea, and understand the latter’s behaviour towards her and treat her the same way. Prachi should not be the apple of discord between everyone but has an opinion of her own.