Block Your Calendars for Darbaan, Black Widows And Password Releasing On ZEE5 This December #SpreadTheCheer

ZEE5 is launching some of the most exciting films and shows in December. Take a look:

ZEE5 is one of the fastest growing OTT platforms in India. They have been creating new content every month and streaming it on the platform. December is the perfect month to stay cosy and binge-watch all these series and movies on ZEE5. This December, get ready to be entertained by content across various languages premiering on ZEE5. From Debaakee to Paurashpur, here are some of the most innovative shows and movies releasing only on ZEE5. 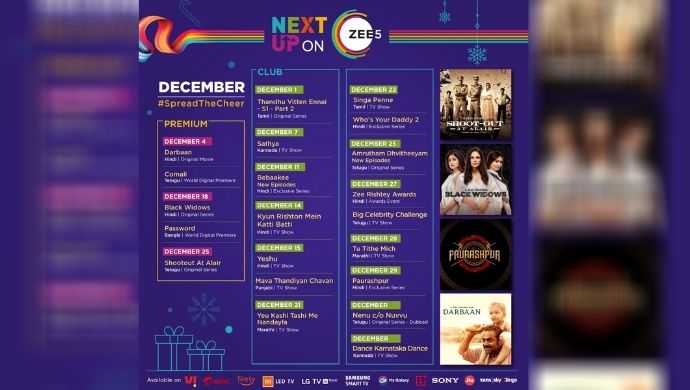 In the month of December, ZEE5 will be launching one of the most anticipated films Darbaan which is a family drama on December 4. Darbaan is the story of Anukool and Raicharan that is the coal miner and his caretaker. The story is adapted from Rabindranath Tagore’s story with the same name.

For all the Telugu cinephiles, Shoutout at Alair is something you should look forward to on December 25. Shoutout at Alair stars  Prakash Raj and Sampath Raj in lead roles. The plot will revolve around 5 Muslim men who were encountered by the Telangana police. They are also up for a treat with the Digital premier of Comali on December 4. Telugu original series Amuthram Dhvitheeyam will drop its new episodes December 25. Nenu c/o  Nuvvu is a Telugu original series which will be launched this month.

ZEE5 is also launching an exciting dark humour web series called Black Widows on December 18. It is adapted from a Finnish show of the same name. The series will feature some well-known actors like Shamita Shetty, Mona Singh and Swastika Mukherjee. The plot will revolve around three wives who plan a perfect murder of their husbands after which they have to face an investigation. Bebaakee fans can watch the exclusive new episodes from December 11. It stars Kushal Tandon and Karan Jotwani in the lead role and focuses on love, friendship and hatred. 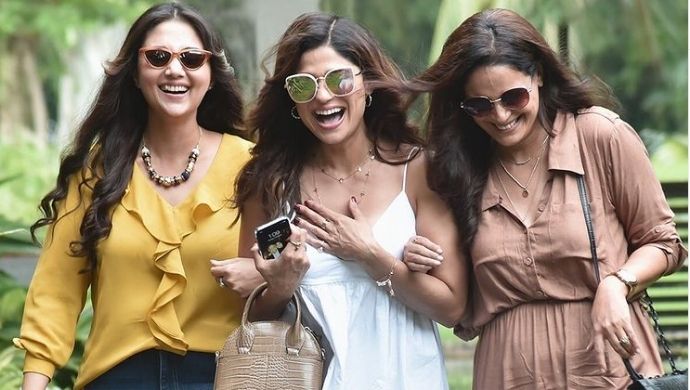 Bengali film Password starring  Dev, Parambrata Chattopadhyay, Paoli Dam, Rukmini Maitra and Adrit Roy will also make a world digital premiere of ZEE5 this month on December 18. It revolves around the dark side of social networking. Fans of Thandhu Vitten Ennai can finally stop waiting for the second part of the first season releasing on December 1. Another Tamil show premiering on ZEE5 is Singa Penne which will focus on the power of women. Kannada TV show Sathya will start streaming from December 7.

One of the most innovative shows is premiering this month on ZEE5. It’s called Paurashpur starring Shaheer Sheikh, Shilpa Shinde, Milind Soman, Sahil Salathia, Annu Kapoor in the lead roles. It is a period drama that focuses on Kingdoms, politics and gender struggles. Catch the new episodes of Paurashpur from December 29. Fans who loved Who’s Your Daddy will now have to wait a little less long for the release of its second season. The show stars Rahul Dev, YouTuber Harsh Beniwal, Nikhil Bhambri and Anveshi Jain. It revolves around the colourful past of Nikhil aka Tidda’s father. The next season will stream from December 22.

Other reality shows you can watch on ZEE5 are Big Celebrity Challenge and Dance Karnataka Dance. The most awaited ZEE Rishtey Awards will take place on December 27.

Catch all these movies and shows only on ZEE5!