In the totally unexpected game changing mode within Bigg Boss 15, Suniel Shetty is seen laughing out loud after seeing this contestant dance on his iconic song

Bigg Boss 15 has been one disastrous season right from the start even after garnering so much of its new fanbase as there have been so many things that have gone wrong at different levels which range right from unfair eliminations to poor tasks and tasks getting cancelled and the favouritism, physical violence, verbal abuses, bullying, and whatnot. Indeed, this time Bigg Boss 15 has not yet even after almost two months not become audiences and fans favorite which is the reason why the show is struggling to get a spot in TRP charts that in return got the makers and Salman Khan himself coming to terms with this huge lack and flaw which is why they have gotten in four fiery wildcard VIP contestants in form of Rashami, Rakhi, Devoleena and Rakhi’s husband Ritesh to tighten up these celeb contestants for playing their game who have with their entry itself ended up making the game more serious, fun, entertaining, challenging and tough for all the celeb contestants in the house from now onwards which is being seen by fans and audiences that have in return started loving the show as well.

In the fans and audiences favorite Weekend Ka Vaar episode we all see that Salman Khan is seen introducing Suniel Shetty, his son Ahan Shetty, the producer Sajid Nadiadwala and actress Tara Sutaria to the housemates who have come in the episode for kickstarting the promotional spree of Ahan Shetty’s much awaited debut movie titled Tadap that is hitting the screens on December 3rd, 2021.

After the introduction of the celebrity guest and contestants to each other in the show, next scene we see is of Salman and Suniel saying each other’s film’s iconic dialogues with their own swag and style to the audiences on request of Ahan Shetty and Tara Sutaria and they have loads of fun and gala time as well.

Then Salman Khan tells Rakhi Sawant to stand up and do an impromptu dance performance along with the dashing biscuit boys of the house which are Umar, Karan and Rajiv and hearing this, all the wildcard VIP contestants and other housemates break out into incessant peels of laughter. 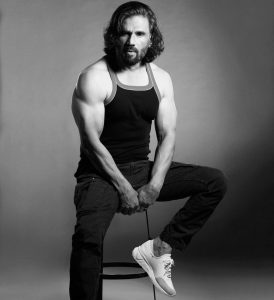 Suniel Shetty gets eager to see them dance along with Rakhi and when he sees this impromptu dance performance he starts breaking up into the peels of laughter relentlessly and is seen mentioning to Salman Khan that these guys are dancing really bad even when compared to his own dance which he had done originally in the film and on this Salman Khan is seen cracking up into peels of laughter once again and here Suniel Shetty also added whilst talking to Salman about how he is feeling really happy that Karan is dancing in a much bad way than he did in the film.